Renault has made its upgraded Spec C engine available to Red Bull and McLaren for the Italian Grand Prix, but the works team will not use it for reliability reasons.

Renault Sport Formula 1 boss Cyril Abiteboul acknowledged the upgrade will carry a reliability risk, so Renault will not take advantage of any performance gains as it tries to consolidate its fourth place in the constructors' standings.

For that reason it opted to give Nico Hulkenberg a Spec B version when the German's engine was changed in Belgium.

"We will not use it at Renault," Abiteboul told Autosport.

"Basically what we are doing is discussing with our customers who wants it.

"It's available, and it's a step in power. It's coming with a couple of additional reliability risks, so basically we are leaving it up to the discretion of each team whether they want it or not, based on their sensitivity to the trade-off between power and reliability.

"At Renault we are more concerned about what's going on behind us [in the championship], and therefore the risk of reliability, and an extra one or two tenths is not going to make a difference because we are not going to catch Red Bull.

"Red Bull have nothing to worry about, nothing to lose, and that's why the sensitivity and the bias is slightly different." 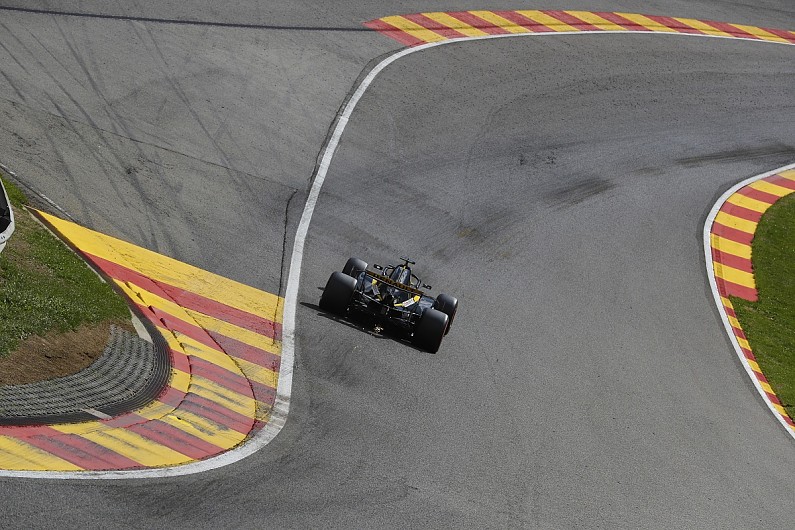 Abiteboul said Renault had the option of giving Hulkenberg the new power unit at Spa: "We could have had one available here for him, as a Spec C, that was a possibility."

"We constantly have to trade performance against reliability," said Bell.

"It's often the case, where you can dial a little bit more performance and you raise reliability risk.

"We make that decision and that affects where we introduce the upgrades to the engine.

"For us, for the rest of this season, it's probably more important to be sure we finish the races than it is to get a little bit more performance."