Haas Formula 1 drivers Romain Grosjean and Kevin Magnussen have been warned not to crash in Canadian Grand Prix practice and qualifying as the team lacks spares for its upgrades.

The team has one complete set of its aero upgrade package - which includes the floor, bargeboard and front wing - for each driver.

Both will run it from the start of practice on Friday, and there will be no back-to-back comparison.

The change is so big that going back to the old specification, should it be required, will not be straightforward.

There is also a shortage of spares for the standard package following recent incidents.

"But we wanted to bring it here. Sometimes you have to make the step, or you keep dragging on.

"Everybody is aware of it, we try to manage as best as we can. No crashes this weekend!

"The spares situation with the old parts is also quite tough. We had a few crashes lately so that never helps.

"And at the same time we were planning to do the upgrade, we had both things going on, and that's how we ended up with no parts. It's one of those things." 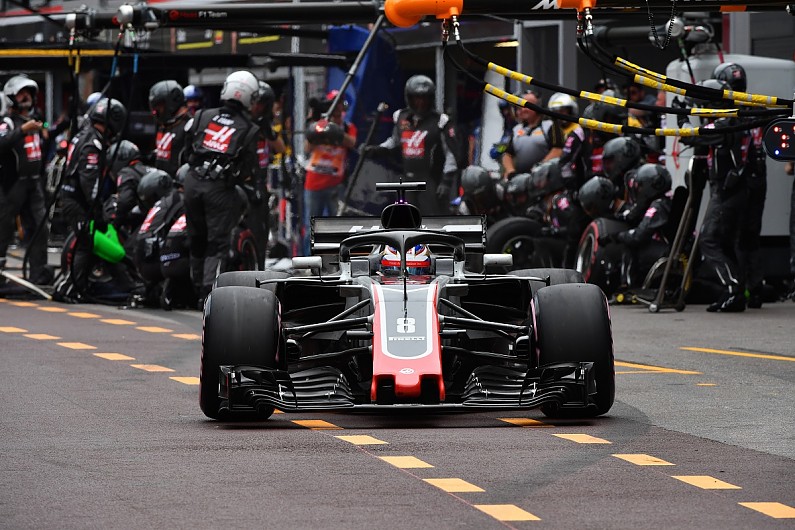 Steiner admitted Haas has to improve its production lead time.

"It's a long process from aero development to aero sign-off, to design work, when you do your structural analysis, and then production, so in that span of six to eight weeks we need to find two weeks so we can up the game.

"That just comes with experience. You need to go through the learning phase there."

Grosjean and Magnussen said they were well aware of the tough spares situation.

"Of course it would have been better to have loads of spare parts to feel a bit more safe," Magnussen told Autosport.

"But I'm not planning to go off the track anyway. So it should be alright."

Grosjean added: "Obviously you try to be careful. But we are asked to drive the car 100%, so there is always a risk, it is Formula 1, and some things can happen.

"We are just going to be careful, and obviously try to keep it in one piece."

Steiner called the update a "quite significant" step.

"I'm always careful with updates, because I've never seen a car in the middle of the season do magic," he said.

"We're expecting to go faster, but you never know, because we have nothing to compare it with.

"Where I take my confidence from is at the beginning of the year what we envisaged to come as a car, the downforce level, the driveability level, it happened.

"So why should it be any different putting an update kit on? I'm pretty confident that what we see in the windtunnel, we'll see on the track."