Red Bull's decision on which Formula 1 engine it will use in 2019 will take priority over trying to commit Daniel Ricciardo to a new contract.

Ricciardo is weighing up whether to stay with Red Bull, which has backed him through his F1 career, at the same time his team is picking between ditching long-time engine supplier Renault for Honda.

"You could say that [winning] made Daniel more expensive, it has put his value up, or it's put the team in a stronger position in terms of valuable potential to him," said Red Bull team principal Christian Horner.

"The reality is finding a solution to conclude a deal with Daniel in the next couple of months.

"First thing is get the engine sorted and then very much follow on from there with [the] driver." 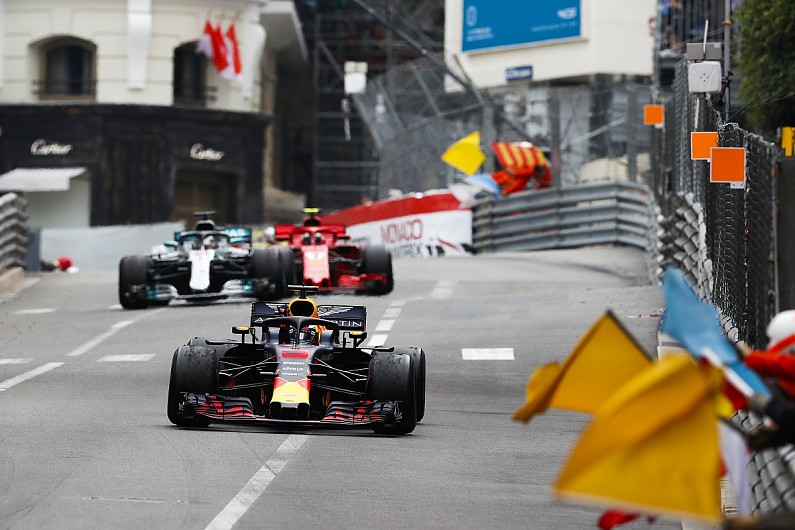 Horner acknowledged that Ricciardo is "continually raising his game" as the Australian reiterated his value as one of F1's leading drivers by matching Lewis Hamilton and Sebastian Vettel for two wins after six races this year.

However, Red Bull's crucial engine call could define its short-term prospects and is not as simple as staying as a customer or becoming a works team.

While Renault has frustrated Red Bull with its inability to catch Mercedes and Ferrari during F1's era of V6 turbo-hybrids, Honda had three dismal years with McLaren after returning to F1 in 2015.

Honda is currently in a rebuilding year with Toro Rosso and is poised to introduce the first performance upgrade of the season in Canada, where Renault will also bring a second specification of engine.

Renault has made it clear that it is unhappy Red Bull has delayed a decision but Horner reiterated the chance to compare the two manufacturers' progress was important.

He thinks the final call "should be, hopefully, fairly obvious".

"It will all depend on the data," said Horner. "We're about a month or so away.

"End of June, beginning of July is the timescale we've always talked about.

"We're waiting with great interest to see the relative performance of the engines in Montreal in two weeks' time."