Lance Stroll's father Lawrence Stroll insists that the family still has faith in the Williams Formula 1 team despite the "rude awakening" of its poor start to 2018.

Williams is last in the constructors' championship and Stroll junior's eighth place in the Azerbaijan Grand Prix is its only points finish so far.

His father insists that he has not reached the stage where he will start to look for an alternative team for his son for 2019.

"We're not there yet," he told Autosport.

"Clearly they got it wrong so far. I do believe this is a rude awakening, and hopefully it will bring the best out of the people, and they'll fix it.

"But we're not going anywhere else.

"Obviously the car clearly isn't where we hoped and wanted to be, it's quite a way off.

"It's pretty apparent to the eye what's wrong with the car.

"I gather everyone is trying their best, there's a great sense of urgency in the team.

"It's not that they don't recognise the problem, everybody does. A blind person could see the problem. I know they're working hard to fix it." 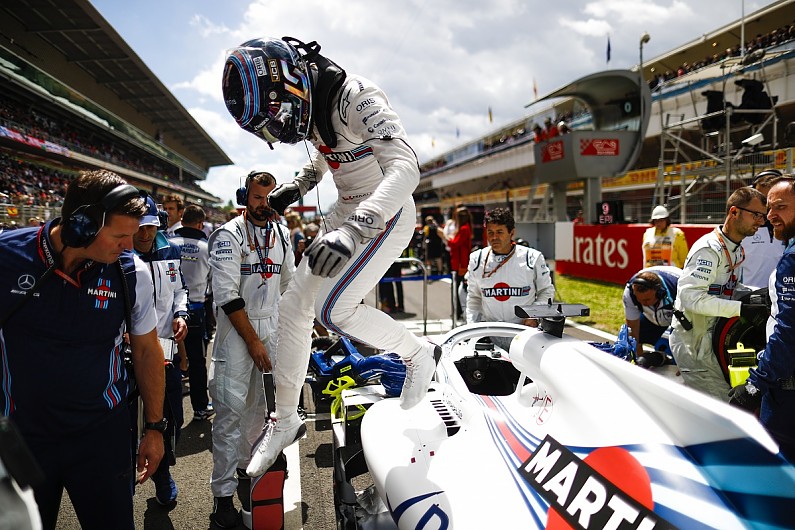 Stroll Sr is understood to have been pushing for Williams to take more technology from Mercedes in the future - Force India has used a Brackley-supplied gearbox for some years - but he played down the extent of his influence.

"I'm not a board member, I don't own one share of this team, I'm simply Lance's father," he said.

"Whatever they can do to make the car go better, I'm in favour of, let's put it that way."

He added that he felt his son was performing strongly in adversity, pointing out that the 19-year-old had finished all five races and consistently made up ground on first laps.

"I think his performance, based on the car he has, has been phenomenal," he said.

"He can't qualify the car much better than where he qualifies it, but he does amazingly well on that opening lap.

"He's beaten his team-mate all five times, and beaten a lot of people that the car is not capable of beating.

"So from a performance point of view with Lance, we couldn't be happier.

"Obviously we'd like a better car to be at the front of the grid.

"But with the equipment he has, I don't think he could be doing a better job."