The team was keen to avoid a repeat of its slow start under the new car regulations last year, and this season's contender features aggressive development of concepts that were added to 2017's RB13 as the team played catch-up. 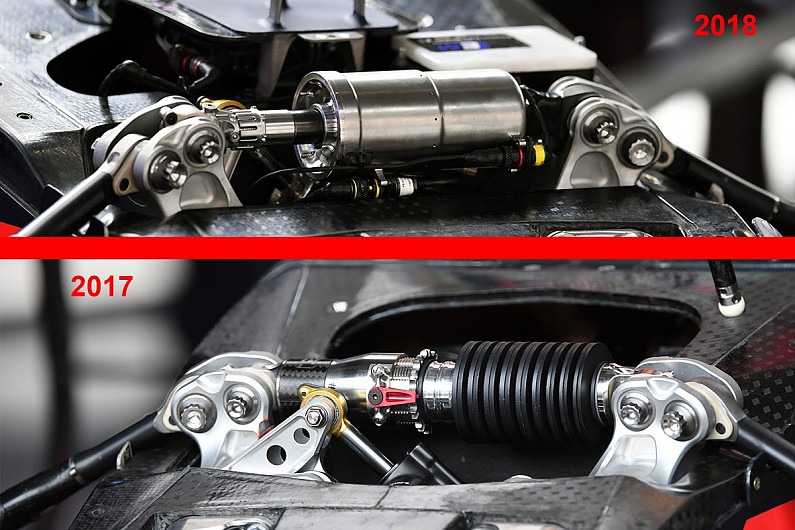 The image above shows Red Bull is going about things differently this year, as the 'heave', third or J-Damper of the last few years (see 2017) has featured a mechanical link, complete with a Belleville spring arrangement and separate hydraulic component.

The RB14's damper has been redesigned and outwardly appears to have been switched for a hydraulic version (see 2018), as the team looks to enhance the suspension's compliance, improving both mechanical grip and aerodynamic consistency.

The damper's responsibility in controlling heave (the vertical displacement of the suspension) is critical in how the car performs aerodynamically at varying speeds. It also performs a pivotal role in controlling the oscillations and shape changes induced by the deformation of the tyre.

This could be playing a key role in Red Bull's ability to get more out of the tyres in race trim compared to Mercedes and Ferrari, which proved key to the strategy that allowed Ricciardo to snatch victory in China.

As far as the aerodynamic package goes, the areas worked on during 2017 continue to be the focus for development this season.

Changes were made ahead of the season opener though, with additional stiffening devices (white and red arrows) added in order to shore up the collection of devices which are susceptible to flutter when loaded, reducing their aerodynamic efficiency. 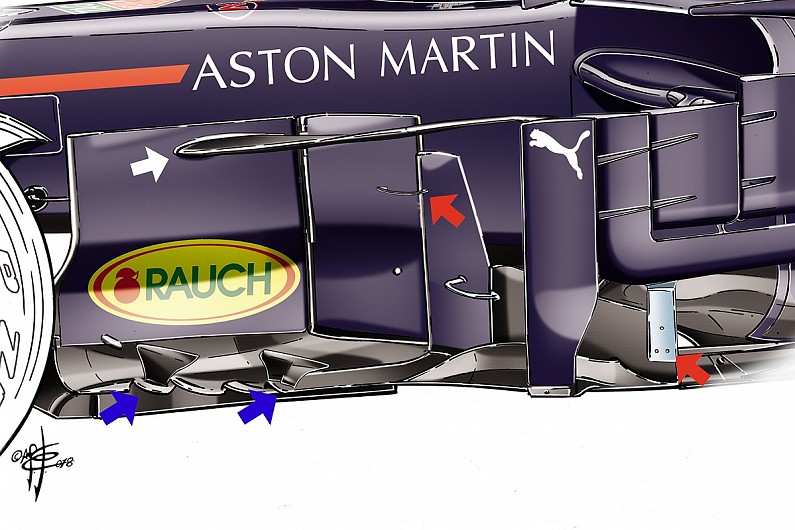 Red Bull also introduced a new wing mirror set-up in Melbourne (see below), placing the innermost support on the side of the chassis, rather than on top (red arrow).

The outermost support was pulled forward and is now housed on the leading edge of the sidepod (white arrow). 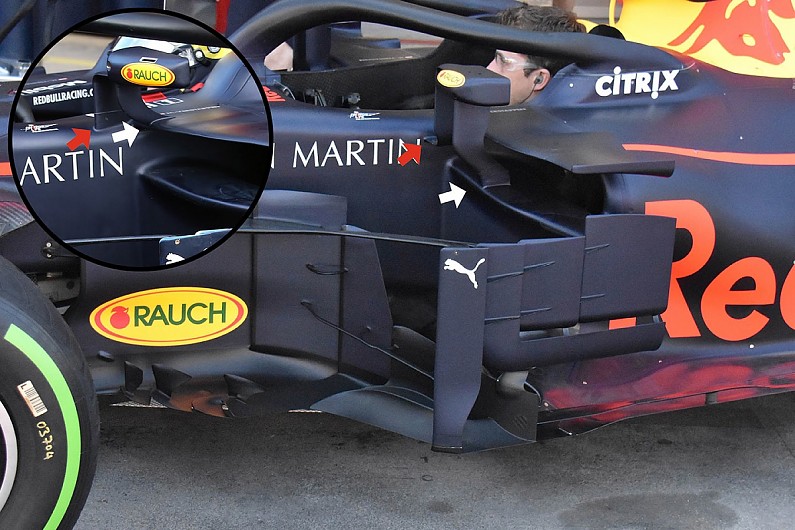 This is a decision based around aerodynamics, rather than having a structural purpose, with the new mirror stalk improving flow into the sidepod inlet.

The team also revised the area just ahead of the rear tyres in Bahrain, turning up the edge of the floor in order that it invoke a different aerodynamic reaction, as explained in more detail here by Gary Anderson.

It's a solution already run by its sister team Toro Rosso (inset), which made the change late into its 2017 campaign. 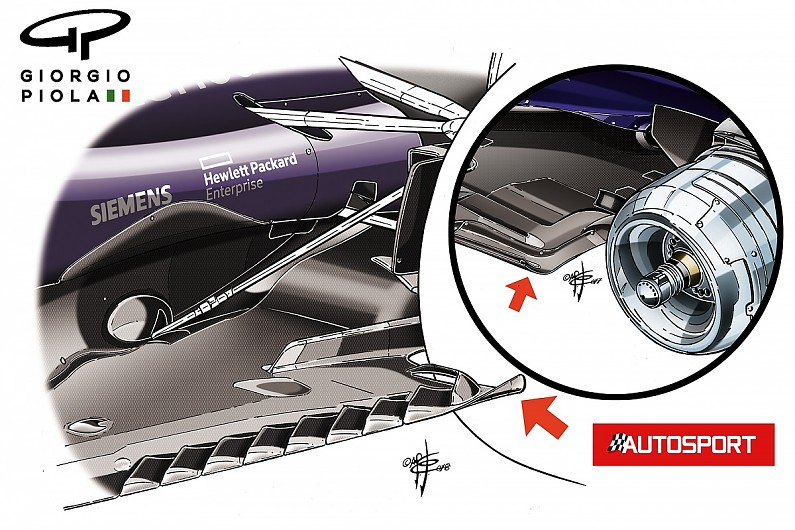