Hulkenberg has finished seventh, sixth and sixth in the first three grands prix of 2018, while Sainz has earned 10th, 11th and ninth places.

Sainz pointed out that he had been ahead of Hulkenberg until Q3 at the Australian GP, where he was then hampered in the race by a drinks bottle issue.

In China last weekend Sainz got ahead of Hulkenberg in the opening corners before being repassed when he had an incident with eventual winner Daniel Ricciardo further around the lap.

"For sure, Nico is very strong in qualifying," Sainz admitted.

"I think he has always been. Probably with this car even more. He understands it very well.

"You could already see it, when I arrived in the team last year, he has these little tricks, little things that make him go very, very fast in qualifying, which I'm still discovering and adapting.

"In Melbourne I was half a second clear of him in qualifying in Q2. The other two races, I was bit behind, so I don't think there's anything to worry about."

Sainz said it was "no surprise" to him that Hulkenberg had been so fast.

"He also has a year of experience with the car," Sainz added.

"That is helping him to arrive [at tracks] and have the race of last year to know how the car reacted to changes, to driving style, etc.

"He is a bloody fast guy, and on top of that he is very experienced. You can see it, all the time he is on track, he is on it. 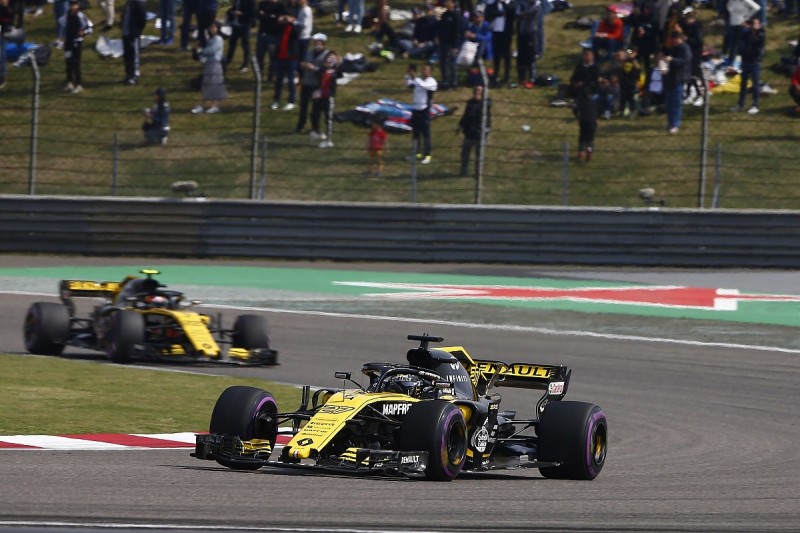 "I'm still in my fourth year, but still learning a lot of stuff from the car at the same time. And I'm catching up little by little.

Sainz admitted that he struggled in Bahrain, but insisted that the picture is brighter than the results might suggest and that he had made a step in China.

"I think in Australia I was the faster car, Bahrain I was quite slow to be honest. And we are still trying to understand it. With the back-to-back [schedule] it was difficult," he said.

"[In China] I was just a couple of tenths away in quali, and in the race that multiplied itself by track position."

Though Hulkenberg's results have established Renault as the fourth-fastest car in the field, Sainz said the team still had work to do on its race pace.

"In qualifying especially, I feel we are very good," he said.

"In every race, with the degradation we have, there's things to understand, because somehow we are not as competitive in the race as we are in qualifying."

How Schumacher and Todt transformed Ferrari