Sebastian Vettel believes the Mercedes Formula 1 team has an advantage of "three, four tenths" over Ferrari, despite the Scuderia's victory in the Australian Grand Prix.

Vettel readily admitted after Melbourne that his win was a "lucky" triumph, and that Ferrari was not yet "a true match" for Mercedes.

Ahead of the second race of the year in Bahrain, Vettel offered his estimate of how much pace Mercedes has in hand over Ferrari, as well as its other main challenger Red Bull.

"If you look at the pace - testing, first race - it's pretty clear that Mercedes is fastest, probably with a three, fourth tenths' gap," Vettel said.

"That's also what we saw in the race. Obviously, Lewis was controlling his pace in the beginning and then pushed when he had to.

"He had, obviously, time in hand. I think that's the fair answer. And then I think it's very close behind them."

Hamilton took pole in Australia by a margin of 0.664s over Ferrari's Kimi Raikkonen, but Vettel is convinced this was not a true reflection of the pace gap between the cars - as both Vettel and Red Bull's Max Verstappen should've been closer to the Mercedes.

Asked whether his gap estimate was for qualifying or race conditions, Vettel replied: "Overall. I think in qualifying [in Melbourne] the gap there looked a bit bigger than it probably should have been.

"I think if you look at the session again, it's pretty clear that Q2 in particular Mercedes and Lewis didn't get the lap together, and then in Q3 he did.

"I think that's the gap we saw in qualy and in the race, so both." 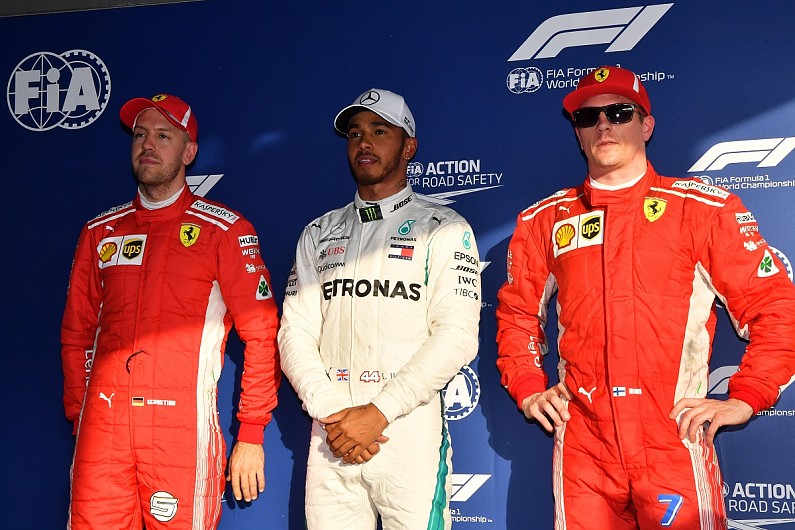 Team-mate Raikkonen said he had "zero interest" in trying to guess how much Ferrari is trailing Mercedes by, insisting Hamilton's pole margin from Australia is not too important.

"You can keep guessing [the gap] as long as you want, we will see over the weekend where we are," Raikkonen said.

"I have zero interest to start guessing where we are, or what the difference is in qualifying - there are so many things that will change that - we will do our best and see where we end up.

"The most important part is the Sunday after the race, wherever we finished.

"I am happy to be two seconds off if we win every Sunday."