Force India introduced a significant upgrade for the season opening Australian Grand Prix but its updated front wing was not expected until the second race.

The team has only brought one upgraded version to Bahrain though and Ocon said on Thursday that Perez, ahead in the championship by virtue of his higher finishing position in Melbourne, will be the driver to use it.

"We only have one, we'll test it and normal policy is the driver on top of the championship [gets it]," said Ocon.

"Even though we have no points it should be Sergio."

Ocon said he was still optimistic for the Bahrain race because the team had a detailed Friday plan to work out what went wrong in Australia.

"It's clear where we are and we're not where we want to be exactly," said Ocon.

"We're bottom of the midfield to be honest but that's not what's important. 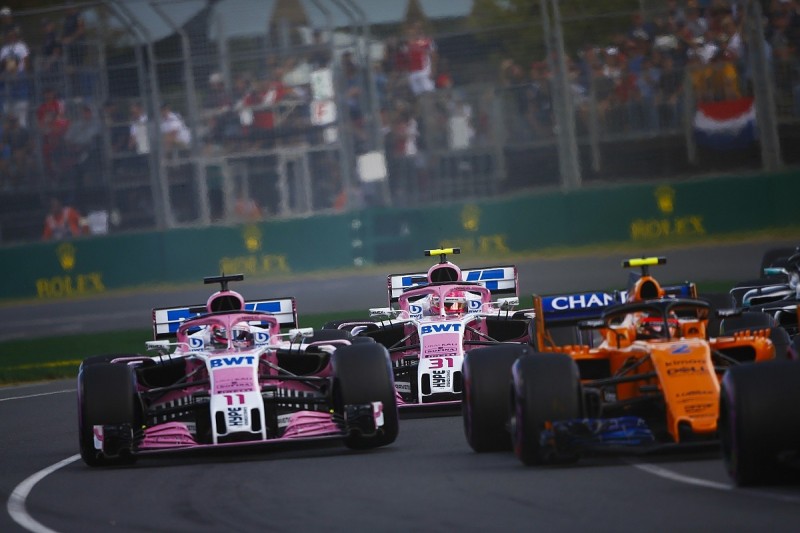 "This will be a very important weekend to understand a lot of things, to understand why we couldn't improve so much from testing to the race.

"We'll have a lot of things to test, including a new front wing, so that's a great thing.

"Last year we had a difficult time in the beginning of the season but we improved through the year and that's what we want to achieve again this year."

Perez agreed that practice running Bahrain would be particularly important because the team's upgrade package "was not doing what we thought it should do".

"We have to understand it a bit better," he added. "Not having the time to run it properly [in Australia, where FP3 was hit by heavy rain] hurt us a bit.

"There is potential in the car, and if we can unlock some of it that will bring us a

lot closer to the competition."

After two consecutive fourth-place finishes in the constructors' championship, both drivers ranked Force India at the bottom of the midfield battle at the start of this season, behind Haas, Renault and McLaren.

"Last year we started not very quick and we ended up qualifying fifth and sixth in normal conditions.

"That's why I think in the year you can get a much faster car and everything is possible."