Pirelli has revealed details of the seven dry-weather tyre compounds it will use in the 2018 Formula 1 season, with the introduction of the super-hard and the hyper-soft.

The Italian supplier says the compounds in the 2018 "rainbow" range will be "considerably softer" compared to 2017.

The first new tyre will be the orange super-hard, slotting in as the hardest of the range.

It will be what Pirelli describes as its "insurance policy" given the other compounds have gone softer for next season.

The other new entry is the hyper-soft, which will be pink and the softest of the range, with the name chosen via a fan poll on social media.

It received 62% of the vote, beating the two other proposed options - extreme-soft and mega-soft.

Discuss the Pirelli choice in the Autosport Forums

"This is the softest compound we've made so far in F1," said Pirelli racing manager Mario Isola. 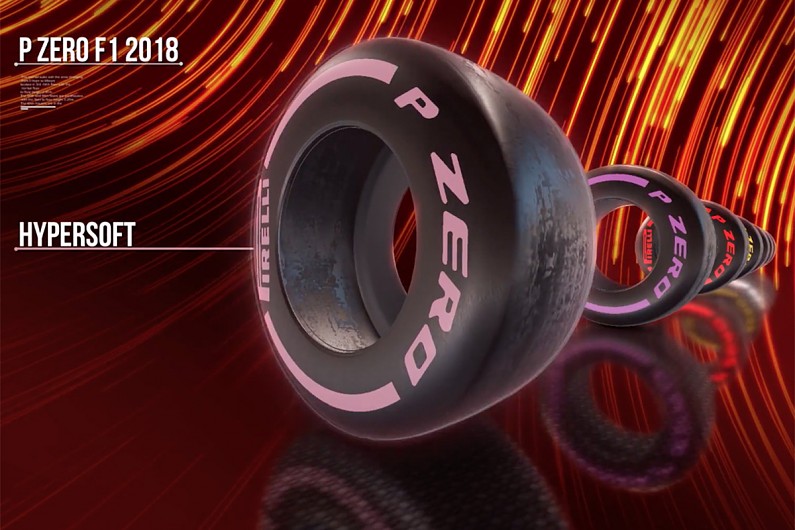 "We decided not only to move all the range one step softer, but to introduce one more level of softer compound, that is the pink hyper-soft.

"This is obviously a compound that we developed for very low-severity circuits.

"We realised that, under the unique circumstances of this year, some of our 2017 compounds were perhaps conservative.

"The tyres we have created for 2018 addresses this, in line with the objective of having around two pitstops at most races.

"However, the fundamental design concept of the tyres hasn't changed, preserving the attributes that all drivers have appreciated this year and allowing them to push hard from the start to the finish of each stint."

The hard tyre will take on an "ice blue" colour next year, with the white medium, yellow soft, red super-soft and purple ultra-soft retaining their current colours.

The intermediate and full wet will remain green and blue respectively.

The teams will try out the new tyres for the first time next week during the two-day Post-Abu Dhabi Grand Prix tyre test at Yas Marina. 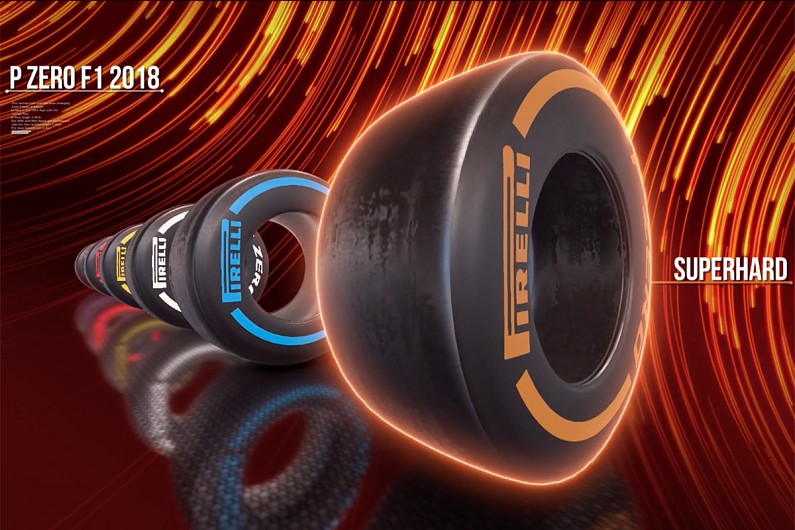