Sebastian Vettel suspects a loose screw was to blame for his Ferrari Formula 1 car's fire extinguisher going off mid-run during second practice for the Mexican Grand Prix.

Vettel lost running while the team rectified the problem, but returned to the Mexico City track to complete 35 laps and the fourth quickest time, 0.250 seconds slower than Red Bull's pacesetter Daniel Ricciardo.

"It was another Friday which didn't go 100% right," said Vettel, who needs to win Sunday's race with title rival Lewis Hamilton sixth or lower to keep the championship alive.

"A fire extinguisher burst in the middle of the run.

"Initially it was just burning and then turned out to be very cold.

"Some screw came loose, then obviously the pressure finds its way out, which wasn't that pleasant for me.

"The change cost some time, but we could recover. It's a short track, a lot of traffic. It's not ideal." 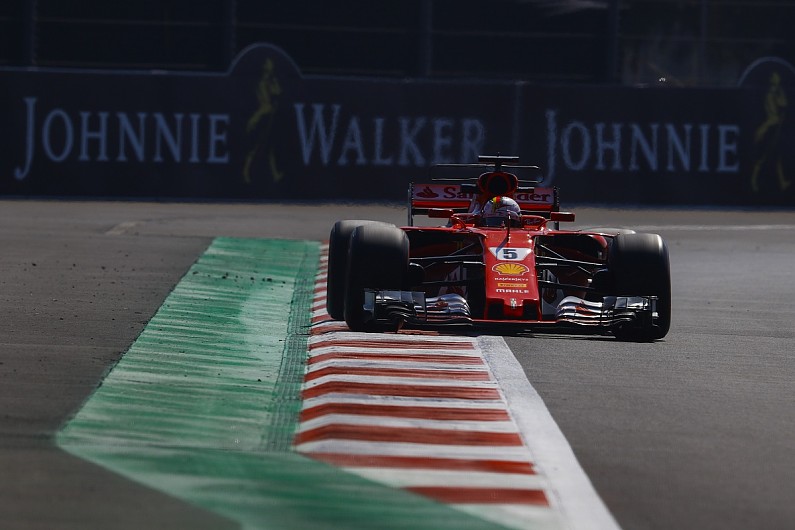 Vettel said his Ferrari felt "so-so" after Friday's running and that the team had some work to do ahead of final practice and qualifying.

"Some laps were really good, others were not so good," he said. "The car in general is quick but we need to work a bit.

"I don't think it's an awful lot of work, it's more about finding the balance and then we should make a good step forward."

Vettel added that controlling temperatures and the dark asphalt will be challenging for all teams this weekend.

"It's tough here to cool the car for everybody, cool the brakes, cool all the components, so if you're stuck behind someone, it's quite bad," he said.

"So it's nice if you're ahead, you can do your pace.

"The asphalt is quite dark, it gets quite hot, so I think tyre management will be crucial again.

"Keeping the temperatures as low as possible will be tricky, but whoever succeeds will have the strongest pace."