The McLaren Formula 1 team is a "systematic" company that finds it hard to adapt to change, according to Honda motorsport chief Masashi Yamamoto.

McLaren and Honda have agreed to end their relationship after three troublesome seasons, with McLaren switching to Renault and Honda teaming up with Toro Rosso.

PODCAST: How it all went wrong for McLaren-Honda

Yamamoto, the general manager of Honda's motorsport division, hinted that Toro Rosso will be more open to change than McLaren proved.

"Working with McLaren, I've realised that they are a very big company which is very systematic," said Yamamoto in an interview on the Honda Racing website.

"It's obviously very strong because of that but at the same time they can find it hard to adapt to change.

"Compare that to Toro Rosso, it is a company that is growing. It is very important for us to work in partnership together, heading towards the same goal.

"So for us we are very much looking forward to being able to work closer.

"Take this for an example: If we compare both teams with different cuisines, let's say McLaren is a very sophisticated French cuisine, that's the way it is.

"Then Toro Rosso is more like a countryside, homemade, delicious stew where you can add new ingredients. We're excited to do that." 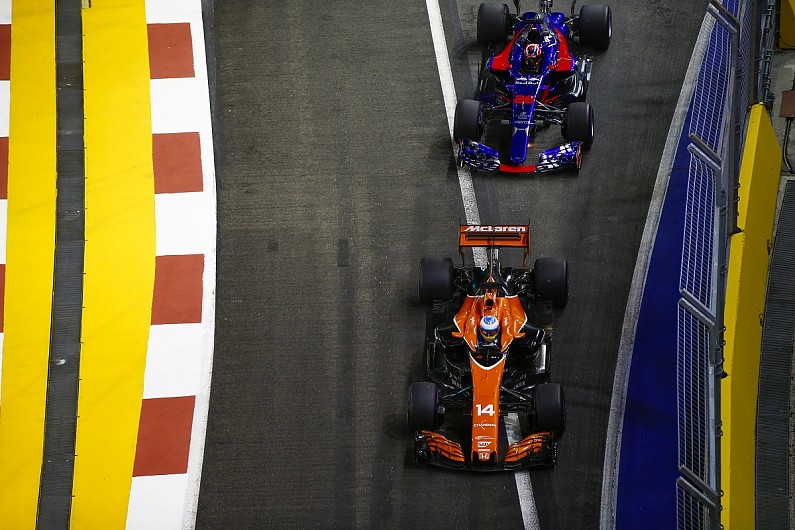 Communication was one of the key problems McLaren and Honda encountered during their renewed relationship but Yamamoto hopeful Honda will have more success with its new partner.

+ Discuss the McLaren-Honda situation in the Autosport Forum

"He understands the culture and it's a good communication that we have.

"We have seen that they also have a young factory and are growing, which for Honda is very important because we can work with the same mentality and have the same approach.

"It is a new start with a team with a similar mindset to move forwards together.

"Toro Rosso and Honda will start working together immediately and for the coming years.

"However, before that we have the rest of the 2017 season to complete with McLaren, so a good communication between us is still very important, as well as a good performance in the remaining races."

Yamamoto added Honda wants to use its opportunity with Toro Rosso, which could lead to a tie-up with Red Bull from 2019, to prove it has what it takes to succeed in F1.

"The regulations go on until 2020 so we still have three years and we want to show our improvements in the technology. We want to show Honda's potential," he said.

"That is very important for us, to let the world see how we will progress and how we can make it a success."