Pascal Wehrlein and Marcus Ericsson have expressed their surprise at the "sudden" departure of Sauber Formula 1 team principal Monisha Kaltenborn.

Kaltenborn left the team by mutual consent, with Sauber citing "diverging views" regarding the team's future.

"It's all been quite sudden, the last 48 hours all happening," said Ericsson.

"We have to trust the owners that they know what they are doing and that they have a good plan for the future."

Wehrlein added: "I was quite surprised when I heard this on Tuesday so I didn't expect it."

Sources have suggested Kaltenborn's opposition to plans to favour Ericsson over Wehrlein was among the issues behind her departure.

Sauber has denied there has been any favouritism, a stance that was emphatically backed by Ericsson.

"It is completely false and untrue," said Ericsson. "It's very disrespectful towards every single member of Sauber F1 team.

"We have guys here who work day and night, both here and at the factory, to try and get this team successful again, with both cars and both drivers.

"For me and Pascal, it's been very clear that it's not the case.

"We've both been given equal equipment and priorities.

"It's how it's always been in this team and will always be."

When asked by Autosport for his opinion on the matter, Wehrlein said: "I'm sorry but I will not comment on this question." 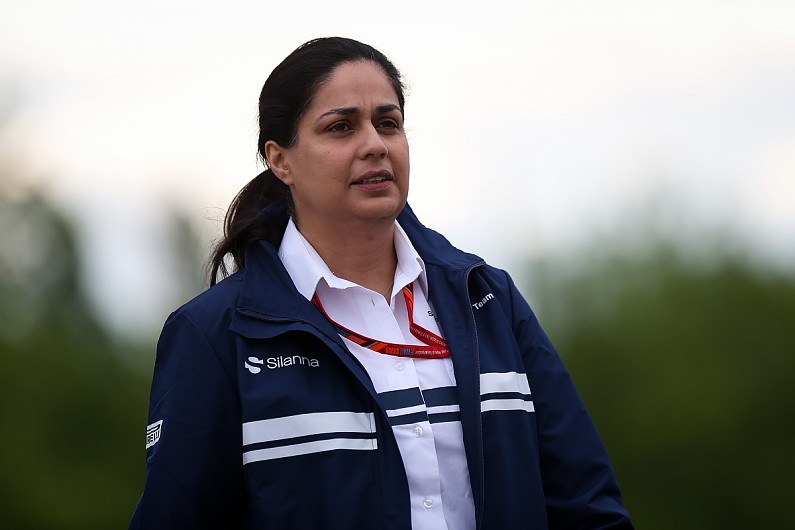 Wehrlein was then asked if he felt he had everything he needed to do his job.

He replied: "I scored some points, I was twice in Q2 so with the tools I have and with the car I have I am trying to extract the maximum.

"This is my job and this is what I have to do."

When it was put to Ericsson that Wehrlein did not want to comment on suggestions of team favouritism, he replied: "Oh OK. I was sure he feels the same way."

Wehrlein said he received a call from Kaltenborn to explain the situation, while Ericsson has yet to speak to his former boss.

"I spoke with Monisha on Tuesday evening, she called me and she told me about it and of course I was really surprised," said Mercedes junior Wehrlein.

"I don't know the details yet or the reasoning for it. I guess I will find out later.

"I have a lot to thank Monisha for. She was the one who gave me the chance to come here."

Asked if he felt he had lost an important supporter in Kaltenborn, Wehrlein replied: "You can say that, definitely.

"She supported me so much and our relationship is or has been really good and will be good in the future as well.

"Monisha was very close to me at one of my toughest times in my career so far when I had my injury so she helped me a lot there and I am very thankful for that and this is something that I will never forget."