The FIA intends to inspect all Formula 1 teams' suspension during testing following its warning over trick systems, with one squad already believed to have been asked to make changes.

The development of clever suspension systems that could alter a car's aerodynamics both at high speed on straights and while cornering has been a major pre-season talking point, particularly after Ferrari wrote to the FIA requesting clarification of what was permitted.

It is widely assumed that Ferrari's acton was prompted by a desire to know if systems used by Mercedes and Red Bull were within the rules.

On Tuesday the FIA issued a technical directive informing teams the onus was on them to prove their systems were there for suspension purposes only, and outlining what it felt would contravene this rule.

Autosport has learned that in response to the technical directive, and to ensure there are no surprises at the Australian Grand Prix, inspections of teams' suspension systems have already been taking place at Barcelona this week.

It is unclear how many teams have had their suspension systems examined, but it is understood that one team has been told to make revisions to its 2017 design because it would not have been in line with the FIA's view on what is allowed.

Though the identity of that team is not yet known, sources suggest that Red Bull - which has been singled out as having a design that could be impacted by the latest directive - has not yet been looked at. 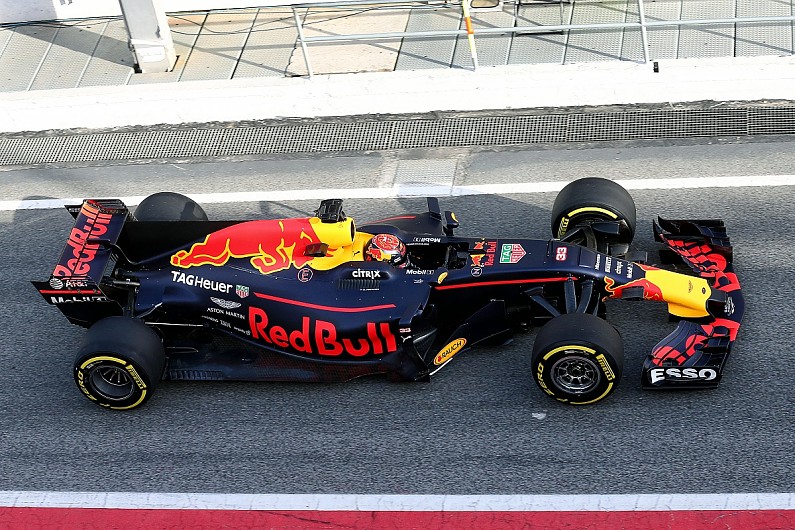 Red Bull team principal Christian Horner said ahead of the pre-season test that the FIA ruling appeared to clear his squad's design, but the matter would only be sorted by a physical inspection by the governing body.

The suspension row has been singled out by new F1 sporting chief Ross Brawn as the perfect example of where the championship has gone wrong in terms of spending money in ways that do not benefit fans.

"We've got a controversy with suspension systems at the moment," he said in an interview with Sky.

"Nobody understands them and nobody knows anything about them and we've spent millions on them. So are they really good value in this equation?

"I know we have to keep the sport at the peak of technology, but are those things good value?

"That's where we want to play a part with the FIA and the teams to try and find the ideal path.

"It won't be perfect because it's a bit of an oiltanker, Formula 1.

"You nudge it and steer it and I hope we can get it going in a better direction."