Verstappen's performances in 2016 won plaudits, with Red Bull boss Christian Horner saying his Brazilian GP drive earned him a place alongside Ayrton Senna and Michael Schumacher as a wet-weather great.

"Max has been an exciting newcomer, well not newcomer as it was his second year strictly speaking last year," said Newey.

"But the way he drove the car did remind me of Nigel's driving style.

"What was dramatic about Mansell was that you always knew it was him in the car.

"He had an almost metaphoric elbows out driving style.

"Max is the same and it is exciting television."

Verstappen's driving at points during last season led to criticism from other drivers, but he says he has no intention of changing his style.

Newey, who designed the dominant FW14B that gave Mansell his only F1 title, believes that is another trait that is similar to the Briton, who won a legion of fans with his dramatic fighting style. 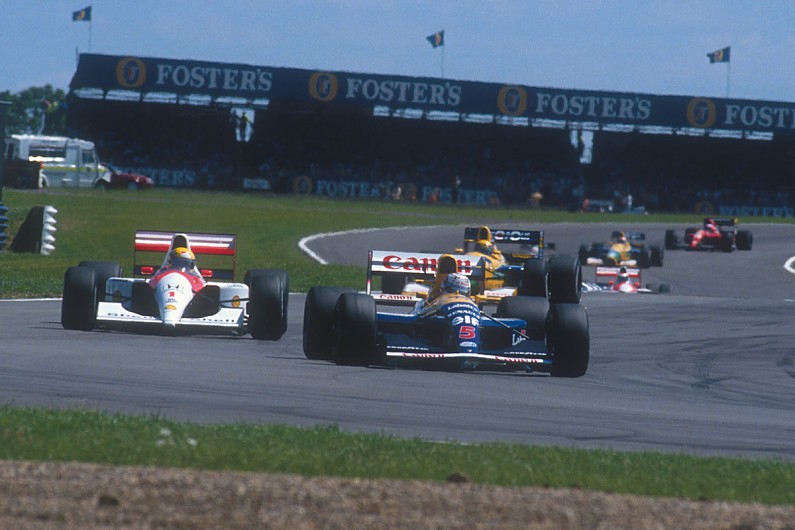 "It's that sort of 'I'm not going to be bullied, I'm going to do my thing and if you don't like it it's your problem' approach."

Horner has said he does not understand the criticism aimed at Verstappen's style of driving.

When Verstappen was asked about his on-track antics and what other people were saying about him, the teenager was relaxed.

"I'm always focusing on myself and trying to do the best possible race and result," he said.

"That's how it goes, I don't care about other opinions."