Formula 1 drivers who have not upped their fitness programmes to match 2017's significantly faster and more-physical cars will be "found out", Renault's Jolyon Palmer believes.

Headlined by wider front and rear wings and bigger tyres from Pirelli, major changes to F1's regulations are set to lower times by four to five seconds per lap in 2017.

Markedly increased cornering speeds will also make the new-generation machinery more physical to drive, which Palmer believes could catch some drivers out when testing starts next month.

"I can see it making a difference," Palmer said.

"We don't really know exactly the performance: we know the numbers, but we don't know what the tyres are going to do.

"If it is what we think, then I think it will show early on who has been in the gym over the winter and who hasn't.

"If drivers aren't in the gym this winter they will be found out.

"It is clearly much quicker than we are racing now, it will be a challenge to drive, physical as well.

"I think it will be really exciting." 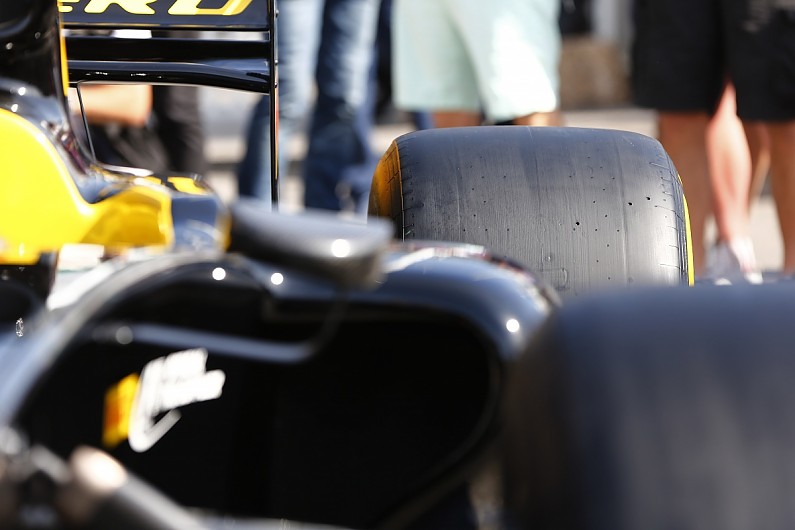 Debate over whether the new rules will improve the quality of grand prix racing flowed during 2016, with critics believing more downforce and widers cars will not aid overtaking.

Palmer believes the full impact will not be known until the season opener in Australia.

"We don't know until we hit the track," he said.

"You can look back and see when cars had a lot of aero it was quite difficult to follow, thinking 2007/2008, they didn't have DRS and they were still overtaking.

"Some of the slipstreams were massive and at the moment we are not getting much, so there will be a double effect.

"We will only properly know in Melbourne I think.

"I think the cars going quicker will generally be a bigger challenge, but there will be some corners that will be less of a challenge because they will be flat."