Williams has announced Lance Stroll will make his Formula 1 debut with the team in 2017 alongside Valtteri Bottas.

The 18-year-old won this year's Formula 3 European Championship and replaces Felipe Massa, who will retire at the end of the F1 season.

A former Ferrari junior, Stroll joined Williams's young driver programme 12 months ago and has carried out extensive simulator work that focused on his ultimately-successful 2016 F3 campaign with Prema Powerteam.

The Canadian also started a seven-month test programme with a 2014-specification Williams in August - completing six days so far - to familiarise himself with F1 machinery before '17 pre-season testing starts.

Stroll has impressed Williams with his application to the role and also brings financial support, courtesy of his retail billionaire father Lawrence.

"It's been a day that has been a long time in the making," deputy team principal Claire Williams said.

"The reason it has taken so long is diary management, Lance has had a busy F3 schedule and Valtteri has had the flyaway races.

"We made this decision a long time ago. No other reason than that.

"Lance has proved his credentials, that he deserves this seat in F1. As a team, we are notorious for bringing in young talent into F1.

"This year alone he has annihilated the F3 championship. He truly deserves this seat and I'm excited to see what he'll do next year."

Williams is believed to be in good shape financially, despite being set for a reduction in prize money for finishing what is likely to be fourth or fifth this season, having secured third in each of the last two years. 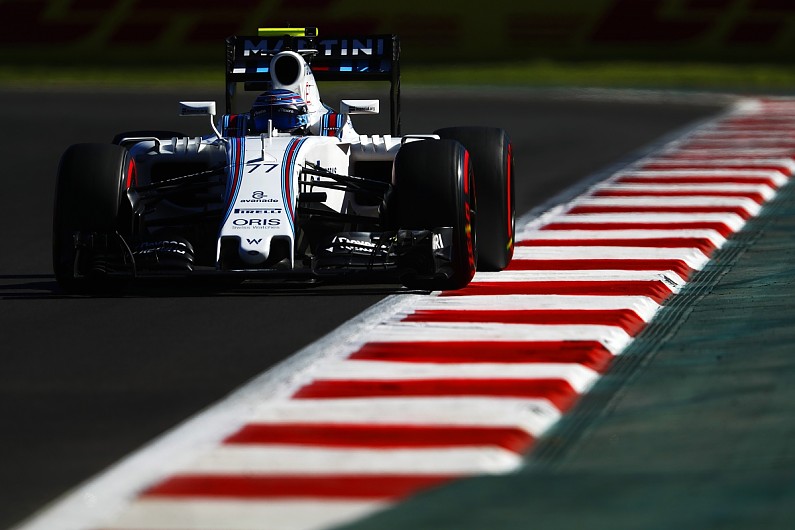 The team's desire to keep Bottas was known, with Claire Williams telling Autosport she would be disappointed if the Finn's maiden win came with any other team.

Bottas considered options elsewhere but ultimately decided to extend his stay as a race driver at Williams into a fifth season with what is believed to be improved terms.

In 75 starts, Bottas has scored nine podiums, with a career-high finish of fourth in the drivers' standings in 2014.