Hamilton retired from the lead of the Malaysian Grand Prix on Sunday with another engine failure, prompting the world champion to declare "something doesn't feel right" about the number of problems he has had compared to the other seven Mercedes-powered cars on the grid.

But Lauda believes those comments have been misinterpreted, with people reading more into Hamilton's words than they should.

"I know Lewis very well, and he will not accuse the team," Lauda told reporters in the Sepang paddock.

"This interpretation I cannot accept. What do you guys think, suddenly we start to sabotage?

"Why? It's completely ridiculous and stupid.

"We work for both cars in the same way. All these questions are ridiculous."

Hamilton said he felt like "something or someone doesn't want me to win this year", which Lauda also had no issue with.

"He can mean anybody. This is a wide interpretation," he said.

"If I am unlucky and I can't find an explanation I say if there is a God then I have done something wrong or he doesn't like me.

"If a driver is upset - I have been upset a couple of times in my racing career and I said some rubbish.

"I don't want to say Lewis said rubbish, but these things can happen.

"It's emotion, which is fully acceptable and there is nothing wrong." 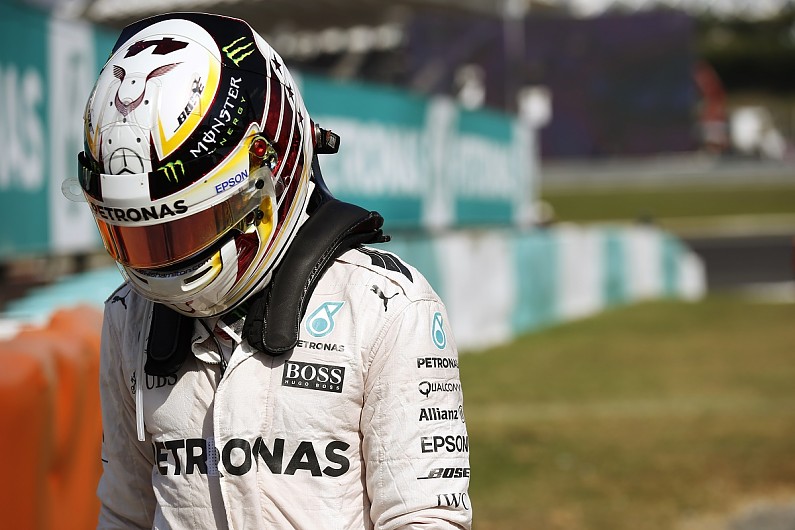 Hamilton says he will push Mercedes for an explanation on his poor reliability this year compared to the manufacturer's other cars.

"My questions really are to Mercedes," he said.

"We've got so many engines made for eight drivers and only mine are the ones that are failing this year.

"Someone has to give me some answers because it's not acceptable.

"We're fighting for the championship and only mine are failing. That doesn't sit right with me.

"There have been many decisive races and this is one of those.

"43 engines are made for all eight drivers from Mercedes-Benz and only mine are blowing up.

"I can't get my head around why that is the case - something doesn't feel right.

"But there's nothing I can do but keep hoping for better weekends."