Formula 1's new owner Liberty Media must find a way to make the series as appealing to the young generation as Pokemon Go, reckons Jenson Button.

The McLaren driver believes increasing the number of younger fans following F1 has to be a top priority.

"The average [fan] age is much too high for where it should be considering we have an 18-year-old on the grid," said Button.

"I think the average age is 30s, maybe early 40s. So that needs to change, we need to target youngsters for regeneration.

"It's a very technologically advanced sport so you'd think there'd be a lot of interest from youngsters but there isn't. They need to work out why that is and find a way of getting more involved.

"As soon as youngsters sink their teeth into the sport, they're going to love it."

Button showed journalists in the Singapore paddock footage he had filmed of a large crowd playing the Pokemon game on Wednesday evening.

"This was last night in the shopping mall, all these people all walking one way. Why? Pokemon," he said.

"There must've been 2000 people all walking to one spot, through the shopping mall and across the road, because there's a Pokemon there.

"I don't even know what you do with them. I don't understand. Do you win money? Do you get presents or chocolate?

"I mean, come on, is Formula 1 not more interesting than that? It should be. I think it is.

"If they can get that many people interested in trying to flick something at a yellow dot that isn't really there, I think we can make Formula 1 better [followed] than it is." 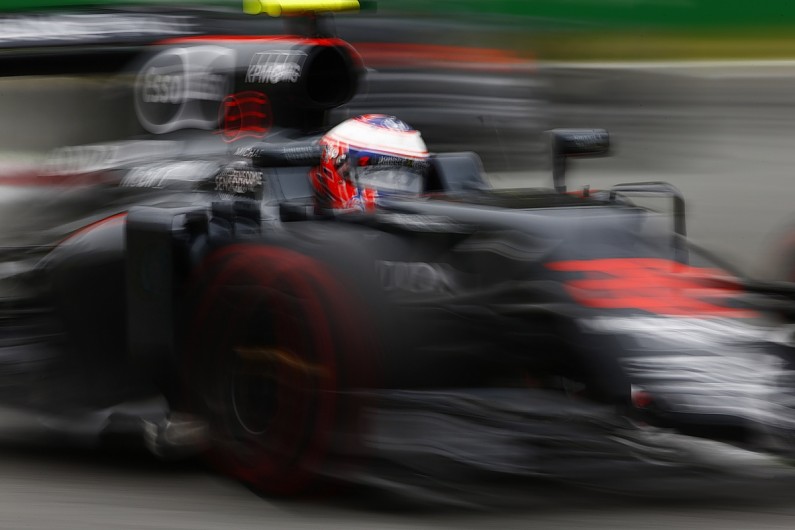 Button is confident that next year's faster, higher-downforce cars will improve F1's fan appeal because the physical challenge will clearly be greater.

"It's going to be where it should be. The sport isn't physical right now. It's easy," he said.

"I don't think I need to train physically. Technically and mentally it's a very tough sport, but in physical terms it's not.

"So it's great that it's going to be more physical next year. From what I've heard, Turn 3 at Barcelona will be 30km/h quicker. Copse [at Silverstone] should be flat, easy.

"It's obviously not as much of a challenge anymore, but physically it's a challenge to hold onto the car.

"There's always give and take but I think it's a much better balance having the high downforce cars and the tyres they'll have next year."