Lewis Hamilton and Nico Rosberg struggled to get the super-soft tyres to work at the Marina Bay F1 track in 2015, qualifying more than 1.4s adrift of pole-sitter Vettel with Rosberg the first Mercedes to home on Sunday in fourth, 25s behind the Ferrari.

Rosberg has predicted Mercedes cannot head into this year's race confident but Hamilton suggested Mercedes has understood what went wrong and should be in decent shape this time around.

Vettel believes a return to form for Mercedes is a more likely outcome than a first win of the season for Ferrari.

"This track was very good for us last year," said Vettel.

"We improved the car from last year, so it should be a reasonable track for us again.

"Mercedes had a very difficult time here last year, but I don't think there's a guarantee that that happens again.

"If they struggle, everybody else is happy to take the advantage but looking at it, they're the favourites for the win.

"We might have a chance here, in the past there have been random things happen.

"If you start fifth, the first four guys might crash at the first corner, and you get handed the chance.

"Obviously that's not highly likely, but it's possible."

Ferrari must improve in "all areas" 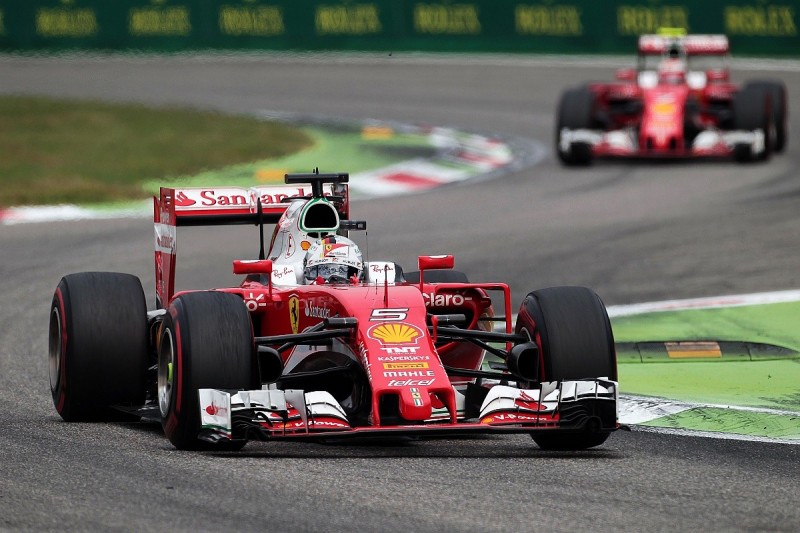 Ferrari claimed three victories last year, the third of which came in Singapore, but this term has failed to reach the top step in 14 attempts.

It trails Mercedes by 219 points in the constructors' championship but closed the gap to Red Bull in second to 11 after the last race at Monza.

When asked by Autosport why this year has been tougher, Kimi Raikkonen said: "It's hard to say.

"We are doing the right things I'm sure - we have good people and a great atmosphere, but the speed is missing a bit.

"We've made the best out of the car most of the time.

"But overall we just need to improve in all the areas - the car, the package, to be faster.

"We have seen that many times this year - [depending on] circuit layout plus conditions it goes up and down between the teams.

"Whatever the conditions and circuit we want to be up there to fight for wins. "That's the aim. We just really need more speed."

The F1 season we could be watching