Red Bull boss Dietrich Mateschitz believes Mercedes and Ferrari's on and off-track power is to the detriment of Formula 1.

The manufacturers dominate F1 results as the two leading engine suppliers, and their supply of units to customer teams has long been a point of conjecture.

DIETER RENCKEN: Ferrari and Mercedes can hold F1 to ransom

Mateschitz's Red Bull Racing made little headway on efforts to move from Renault to a current-spec Mercedes or Ferrari engine for 2016, with sister squad Toro Rosso eventually securing a deal with the latter, but only for an end-of-'15 unit.

"Bernie [Ecclestone] is absolutely right in his position," he said.

"We have the situation right now that the tail waves the dog.

"The power of Mercedes and Ferrari is not doing good to F1."

Red Bull supports the notion of an independent engine in F1, flagged by Ecclestone and FIA president Jean Todt.

That idea was shelved in January as part of ongoing discussions between Mercedes, Ferrari, Renault and Honda on issues including the obligation to supply customers, and the cost of those deals.

Both of Mateschitz's teams' customer contracts expire at the end of the 2016 season and he repeated his stance that engine supply could drive Red Bull away from F1.

"Everything right now is pretty open," he said.

"We definitely will not fight for fifth in the next five years.

"If we don't get a competitive engine after 2016 we have no choice but to consider our future.

"F1 is not the Tour de France, and we will for sure not play a supporting cast role."

"Though the powertrain is basically the same as last year, I got the impression that Renault is pushing hard with new people in responsible roles," he said.

"They show passion, a very professional attitude and a desire for success

"The new RB12 is one of the best ever cars we put on track, it's a masterpiece by Adrian and his team.

"Our target has to become third in the rankings behind the two factory teams and beat the customer teams with those engines."

Mateschitz expects Toro Rosso to join them in the top half of the field.

"They have got an excellent car too," he added.

"They should battle for fourth to sixth in the constructors' championship though their engine won't get an upgrade this season." 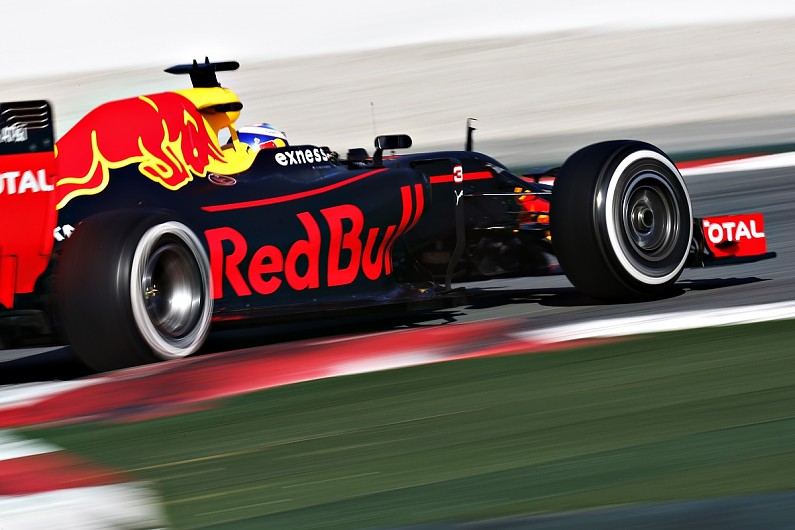