It would be fair to suggest McLaren surely cannot sink any lower than was the case in the 2015 Formula 1 season.

In reuniting with Honda, McLaren ushered in what it believed would be a bright new era with the Japanese manufacturer.

What unfolded could not be further from the truth as dark clouds hung over the partnership, primarily as Honda suffered with its power unit.

Between them, Fernando Alonso and Jenson Button embarrassingly recorded just four more points than engines used - 27 to 23 - en route to finishing a miserable ninth in the constructors' championship.

On that basis, surely the only way for McLaren and Honda has to be up.

Honda, in particular, now has a year's worth of experience behind it, and over the course of the winter has targeted the areas where it was weak last year.

Honda motorsport boss Yasuhisa Arai confirmed at the end of last season the Japanese manufacturer would be retaining its 'size zero' system.

The tight-knit nature of the power unit was understood to be an area of concern, but as Arai told Autosport: "We will keep the philosophy of our concept."

What Honda has done is change the turbine, compressor, and most notably its Achilles heel, the MGU-H.

Honda began its development of this season's PU last year, focusing primarily on the deployment of the MGU-H part of the ERS that was so lacking in performance it left its drivers "like a sitting duck" on the straights, as Button remarked in Russia.

Arai, who earned a somewhat dubious reputation for over-confidence last season given his penchant for bold predictions that never materialised, has claimed that deployment deficit to the top teams will be "non-existent" this year.

Again, it is quite a statement from Arai, but assessing the coming campaign he said: "It's quite a different situation - 2015 and 2016.

There is also nothing off limits this year when it comes to the development of the power unit as all the 'black box' areas that were blocked off under the rules are available again after an agreement late last year between all the manufacturers.

There remain, though, a maximum of 32 tokens to spend, still offering plenty of scope at least for Honda to make the gains it feels it is capable of.

Certainly the likes of Ferrari team principal Maurizio Arriabene and Mercedes AMG High Performance Powertrains managing director Andy Cowell are fully expecting Honda, with its all manpower and resources, to rebound this year.

McLaren's racing director Eric Boullier is naturally a little more guarded when it comes to the team's prospects, but certainly feels his outfit and Honda are at least on the right path. 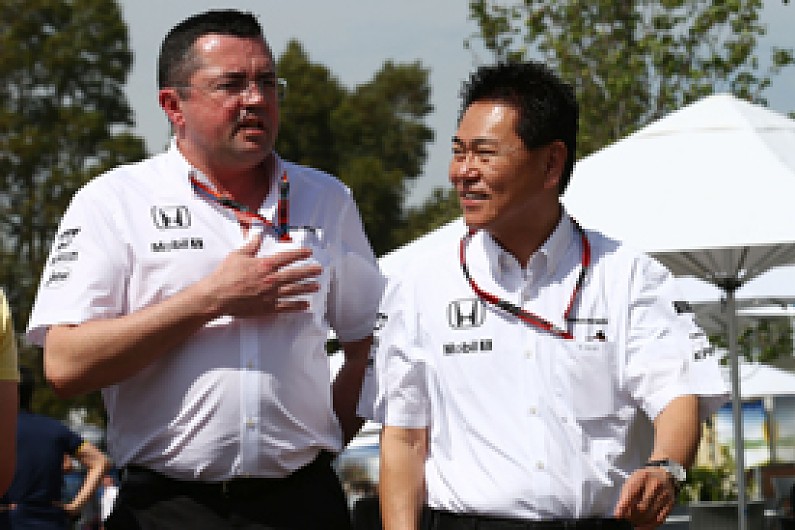 "The expectations of many fans, and maybe within both companies as well, was a little bit wrongly set up [in 2015]," Boullier told Autosport.

"But the year of pain has definitely set things at the right level, and a revised target has been drafted.

"How long it will take to get there, I'm not sure we have all the answers yet, but at least we know where we have to go to be competitive and win races."

Although McLaren and Honda predominantly sang from the same hymn sheet last season, there were odd occasions when the relationship appeared slightly strained due to different cultures and methods of working.

Boullier insists those differences, caused by the strain of the problems faced, have been ironed out.

"The pain of the situation obviously created some stress at some level," confirmed Boullier.

"But the end result is there was understanding and respect for both cultures, and our own way of dealing with things.

"We now understand how we can help and respect the Japanese ways of working, and vice versa."

With an unchanged driver line-up - the most experienced on the grid - McLaren and Honda also have the perfect pairing in Alonso and Button on which to rely.

Yes, there were occasions last season when the duo voiced frustration, which was understandable bearing in mind they are accustomed to fighting at the front, rather than the back.

But for the most part they kept their counsel, believing in the long-term viability of the project, and that this season will be a considerable improvement.

It is certainly hard to imagine we will see Alonso sat sunning himself on a deckchair at any point this season. 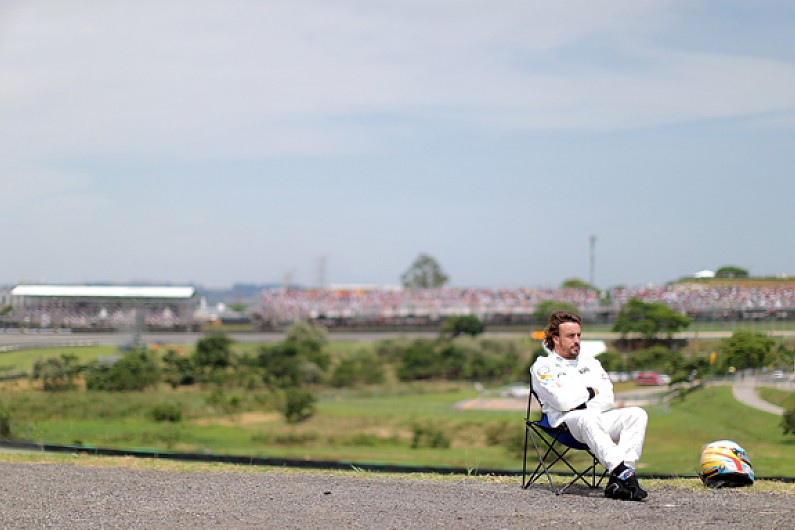