Ferrari had already decided that Jules Bianchi would take Kimi Raikkonen's Formula 1 race seat whenever it parted with the Finn, according to the Scuderia's former chairman Luca di Montezemolo.

Bianchi, who died in hospital last Friday nine months after being gravely injured in a crash in the Japanese Grand Prix, had been a member of Ferrari's academy programme and a regular test driver for the team since 2009.

Three months before his accident, he had stood in for Raikkonen in the post-British GP F1 test following the Finn's big crash on the opening lap of the Silverstone race, and set the pace.

"Jules Bianchi was one of us, he was a member of the Ferrari family and was the racing driver we had chosen for the future, once the collaboration with Kimi Raikkonen came to an end," di Montezemolo, who parted with Ferrari last September, wrote in a tribute to Bianchi in Italy's Gazzetta dello Sport newspaper.

"The Suzuka crash has taken away from us a top guy, reserved, quick, very polite, extremely attached to Ferrari, one who could work and interact well with the technicians too; therefore, we lose a driver with a certain future."

Bianchi was given his first Ferrari test at the end of 2009, just after clinching that year's Formula 3 Euro Series title, and maintained its support through subsequent GP2 and Formula Renault 3.5 campaigns.

All 34 of his grand prix starts came with Ferrari's customer team Marussia, which he joined for the 2013 season in a last-minute deal after plans to run Luiz Razia fell through.

"I still remember him when, just past his teens, he arrived at Maranello," di Montezemolo added. 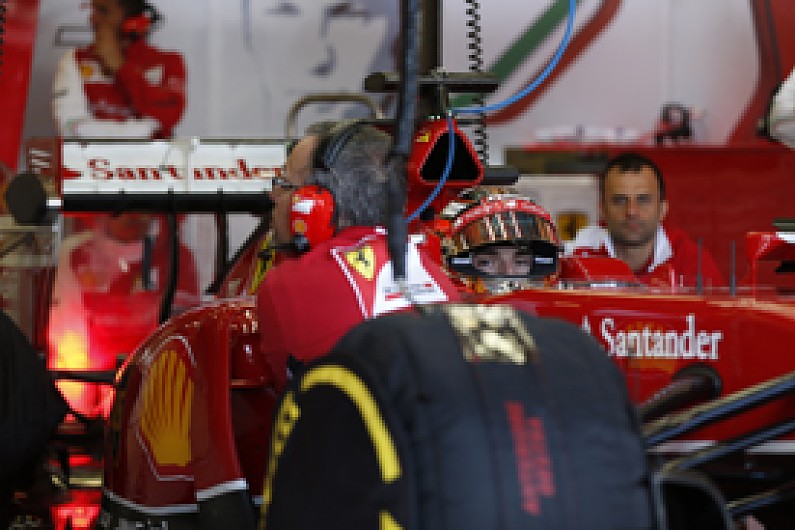 "With us, he climbed every step in racing until his F1 debut with Marussia with Ferrari power.

"We cared a lot for this boy, you could already glimpse his talent for racing.

"We wanted him to grow up in our team, and that's why in 2009 we placed him in Ferrari's youth programme, the Driver Academy.

"He would be the one driving for Ferrari after the experience in GP2 and after some fine performances in F1 and in some tests that had our technicians very impressed.

"A bitter destiny has instead taken him away from us, leaving an indelible mark and a great pain inside us.

"I feel strongly for his family, who over such difficult months have shown courage and dignity.

"And I also feel for his many friends at Ferrari. We have lost an exceptional guy. And we will remember him forever with great affection."

Days before his accident, Bianchi had declared himself "ready" to step into a Ferrari race seat if the team needed him to amid Fernando Alonso's departure for McLaren.

Bianchi's funeral will take place in Nice on Tuesday.