Ferrari team principal Maurizio Arrivabene says it is too early to decide if Kimi Raikkonen will stay with the team in Formula 1 in 2016.

The 2007 world champion's future has been the subject of speculation this year, and Raikkonen hit out at media reports last week claiming he would have to take a paycut to stay on.

Arrivabene, who says he will have to make a recommendation to Ferrari president Sergio Marchionne later in the year, believes it would be demotivating to decide Raikkonen's future already, particularly if he is not retained.

"There are many many things to consider and now is too early to tell him something or to decide something," said Arrivabene.

"I could look too defensive or protecting Kimi, but we are not even halfway through the season.

"Try to be in my position, and going to Kimi to say you are out or you are in or whatever.

"I want the guys to be concentrated on what they are doing and to give the maximum."

He added Ferrari has an internal deadline by which time it has to have a decision made, and the final say will be with Marchionne.

"Of course you have a deadline, and I'm not going to tell you when the deadline is," Arrivabene said. 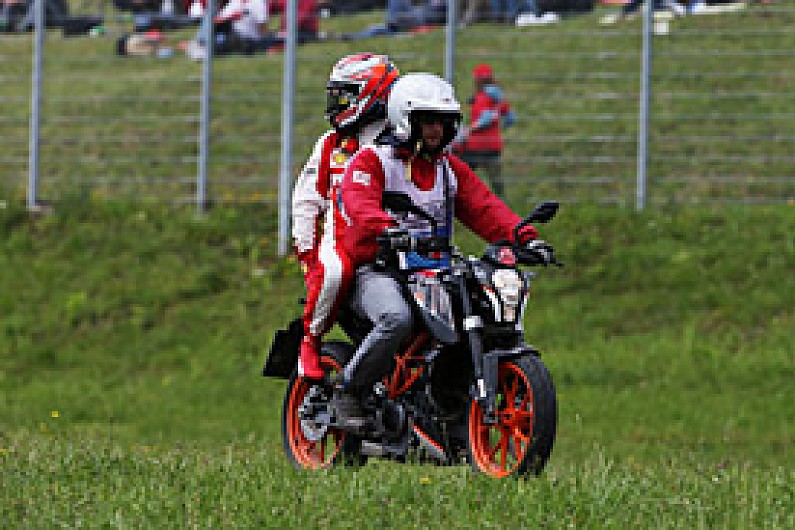 "I could suggest my view and then we need to talk with the president to take the final decision.

"In the normal world, normal companies work like this.

"If you are the president you can do whatever you want. If you are not you have to share your decision to get approval."

While Raikkonen has had two tough weekends in a row in Canada and Austria, Arrivabene said Ferrari's decision would be based on a far wider set of parameters.

"It's not a question of today or yesterday," he said. "It's an overall view that is conducting our decision.

"How is the feeling with the engineers, how hard is he working, how quick is he?

"We will decide when it is the appropriate time, for him and for us."