A late run on a set of supersoft tyres allowed Lotus reserve driver Jolyon Palmer to top the times on the second and final day of Formula 1's first in-season test in Barcelona.

Palmer deposed long-time leader Pascal Wehrlein with 18 minutes of the day remaining, finishing just over four tenths of a second clear of the 20-year-old German with a lap of 1m26.080s.

That was still 1.7 seconds adrift of the best lap over the two days at the Circuit de Catalunya, set by from Sunday's Spanish Grand Prix winner Nico Rosberg in his Mercedes on Tuesday.

Wehrlein performed creditably as he overcame illness to chalk up 137 laps, the highest of the day, with his best a 1m26.497s.

Struck by a fever on Monday that left his entire body aching and him confined to bed, the Mercedes junior was forced to miss his initial opportunity with Force India on Tuesday.

Attended to by Mercedes' team doctor, and with medicine to hand, Wehrlein was given the all-clear to take over the wheel from Rosberg on Wednesday, although conceded to being far from 100 per cent.

Pierre Gasly, who turned 131 laps for Toro Rosso on Tuesday, switched to a Red Bull on Wednesday and completed a further 72, finishing six tenths of a second adrift of Palmer.

On a positive day for McLaren, Jenson Button was 0.847s down and posted 100 laps on the board, and with no 'scary' feelings as was the case during Sunday's race.

Button remarked the first 30 laps of the grand prix were the scariest of his life due to issues with the rear end, but during a morning break reported the car to be much improved, with the 35-year-old far happier.

Testing with Williams for the first time, development driver and GP2 title-contender Alex Lynn only managed 52 laps, but was also within nine tenths of Palmer.

Esteban Ocon, called up for Force India for Wednesday after Nick Yelloly took up the seat from the ill Wehrlein on Tuesday, finished 1.440s off the pace in sixth.

On his maiden outing for Ferrari as the team's reserve, and his first run since the end of last year after being axed by Sauber, Esteban Gutierrez was down in seventh place with a 1:27.930, chalking up 119 laps.

Toro Rosso's Carlos Sainz was almost two seconds down in his Toro Rosso, but with the second-highest number of laps against his name with 126. 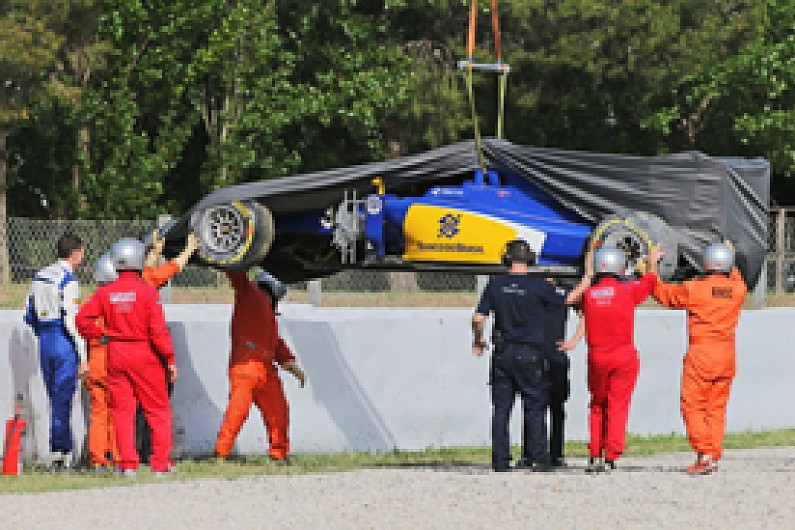 Ferrari Academy driver Raffaele Marciello, who drove for the Scuderia on Tuesday, switched to Sauber on Wednesday and endured an ignominious start.

The Italian slid off at Turn 3 and into a tyre barrier early on, damaging the front-left of the car, and although he later returned to the circuit he ended up bottom of the times with a 1m28.829s.