Over the course of the recent race weekend, Rosberg was quickest in practice ahead of grabbing the pole position that provided the platform for the ninth win of his F1 career.

GP analysis: Did Rosberg step up or did Hamilton stumble?

From the off on Tuesday the 29-year-old German topped the times in his Mercedes and was never headed, with the best of his mammoth 146 laps set in the morning session.

With Mercedes one of the four teams helping tyre manufacturer Pirelli test new rubber over the course of the two days - Ferrari, Red Bull and Toro Rosso the others - Rosberg's leading time of 1m24.374s came via an unmarked compound.

The lap was 0.307 seconds quicker than his pole position time on Saturday, albeit 1.6s slower than his leading lap over the eight days of pre-season testing conducted at the track.

On that occasion, however, Rosberg did bolt on a set of soft tyres for that run, while medium and hard were used throughout the race weekend.

Rosberg finished 2.250s clear of Marcus Ericsson in his Sauber, with Ferrari Academy driver Raffaele Marciello next up for the Scuderia, just 0.024s behind the Swede.

Marciello, who replaces Ericsson at Sauber on Wednesday, finished the day with the third highest number of laps behind Rosberg and Pierre Gasly on 125. 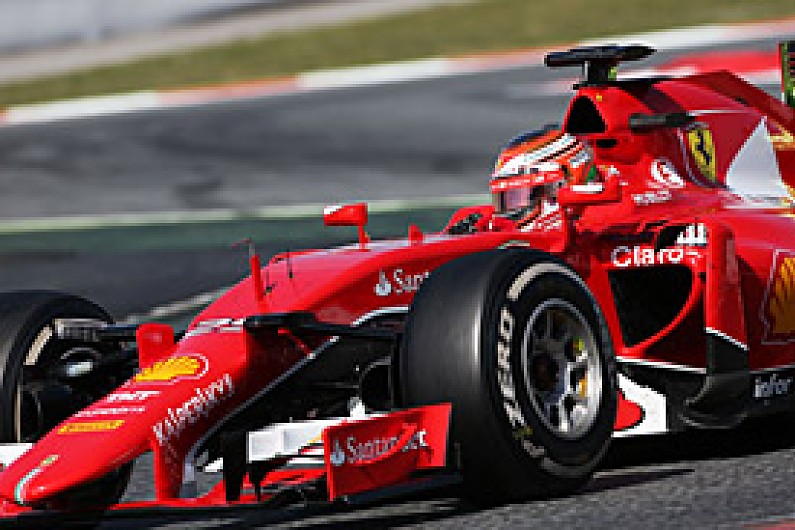 All the teams were testing a variety of new components and aerodynamic parts given the different nature of the next two races in Monaco and Canada.

Red Bull's Daniil Kvyat and Pastor Maldonado for Lotus were next up, with the Russian 2.530s adrift of Rosberg, and the Venezuelan a further 0.434s behind.

On his F1 debut Nick Yelloly completed over 100 laps for Force India, and a day ahead of schedule as the 24-year-old stepped in late on for Mercedes reserve Pascal Wehrlein who was forced to pull out through illness.

Mercedes is hopeful Wehrlein will be fit enough to step in for Rosberg on Wednesday.

GP2 driver and Red Bull protege Gasly - another F1 debutant - wracked up a staggering 131 laps on his way to finishing seventh quickest for Toro Rosso, with a time of 1m27.639s, although he stopped on track after the chequered flag had fallen.

Williams's Felipe Massa only managed 54 laps and was just over 3.5s back, with McLaren tester Oliver Turvey bringing up the rear, 4.1s down.

McLaren tested a raft of new parts, to such an extent Turvey took a long lunch break of two hours such was the work required on the car from the way it ran in the morning compared to the afternoon.