Although Red Bull won the world championship every year from 2010-2013 with Renault propulsion, since the new 1.6-litre V6 turbo hybrid regulations were introduced at the start of last season, it has struggled.

After a poor start to the season for Red Bull in Australia, with Daniel Ricciardo a lapped sixth and Daniil Kvyat failing to start, Horner stressed that Renault needs to make big improvements.

"It's important that we regroup with Renault and try to offer our support where we can because obviously they are in a bit of a mess at the moment," said Horner.

"They need to understand things quickly. It's not the start Renault can afford to have.

"Across the four cars [Red Bull and Toro Rosso] we have two engine failures, one within five laps, and a whole bunch of driveability issues."

Red Bull motorsport advisor Helmut Marko, who claimed that the firm could withdraw from F1 due to its dislike for the current rules package, added that it will carry its own research into Renault's problems. 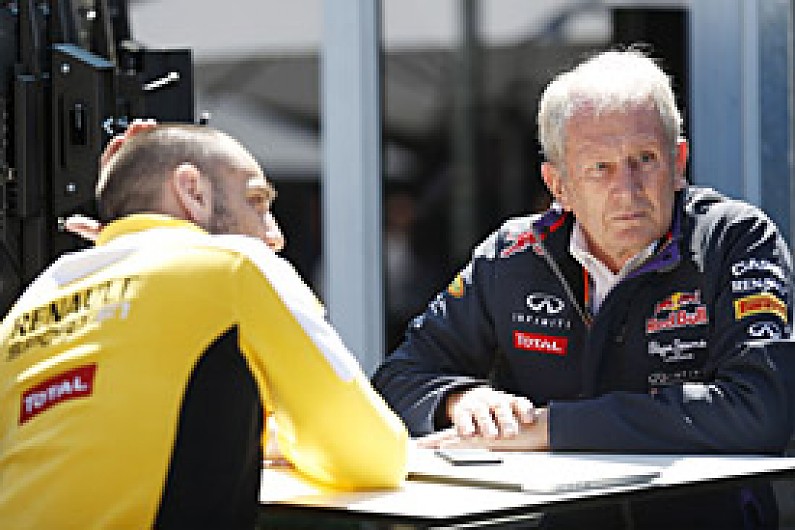 Red Bull will do some dyno work with Austrian experts AVL List in Graz to compare it to Renault's own results.

"These dynos are accurate and will show correct results," he told the Austrian press.

While Horner accepted that Renault is not able to produce an engine able to challenge for the title in 2015, he backed the French company to get into the fight for best of the rest this year if it can solve its immediate problems.

"This year, no," he said when asked by AUTOSPORT if he was confident Renault could be capable of challenging for the title.

"If we can sort the issues out, then we can do that."

Horner admitted that Renault still needs to understand the root of its struggles if it is to solve the problem.

While Renault has a total of 12 engine upgrade tokens still available to use in 2015, more than any of its rivals, Horner is uncertain whether or not the fixes to its most pressing problems will require them to be used.

"With any problem, you have to understand what the problem is in order to address it," said Horner.

"Until they get to the bottom of what the issues are, it will be very difficult to address that and a lot of dyno running needs to be done.

"It's frustrating that we are effectively further back than where we were in Abu Dhabi in both power and driveability."