Fernando Alonso says there is no deadline for him to announce his 2015 plans, as he remains at the centre of Formula 1's driver market speculation.

The double F1 world champion is set to leave Ferrari, most likely for McLaren, and be replaced by Sebastian Vettel - although the only officially confirmed element of the shuffle so far is Vettel's departure from Red Bull.

"I don't think that there's a deadline to do anything," said Alonso in Brazil on Thursday.

"One week it's [rumoured to be] McLaren saying something. Last week it was Lotus, [Gerard] Lopez saying that he was in talks with me for the future.

"It's true, but not for Formula 1, but for another project we may have together. On the business side, not F1.

"Every day there's a rumour. Even today, I think I read that I bought Marussia for one dollar, which is absolutely not true.

"It's the same thing always, but the most important is that, as I said in Japan, two or three months ago I took a decision, I followed that direction and hopefully you will know soon."

Vettel hinted at frustration that his anticipated deal with Ferrari was not in the public domain yet. 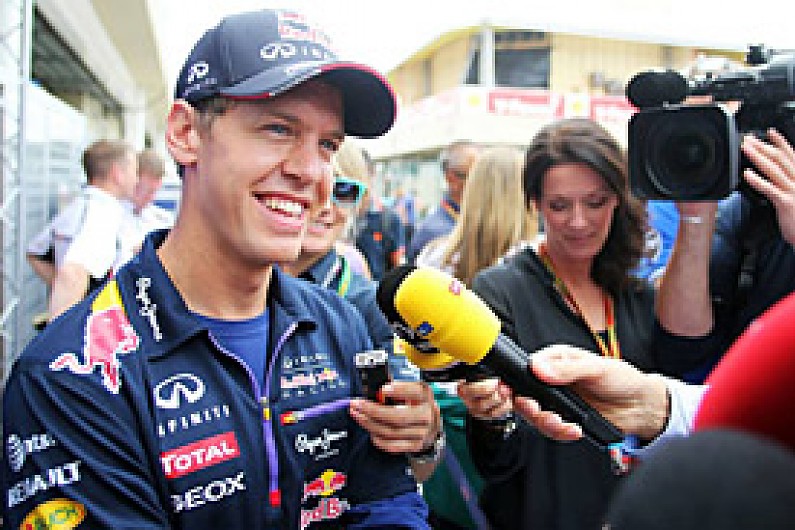 "No news regarding that," he replied when asked about his 2015 announcement.

"I hope soon. I was hoping 'soon' a couple of weeks ago already, or a month ago, so I'm still hoping.

"I know what I'm doing, so that's clear. I'm obviously hoping that I will be able to announce soon, but obviously the most important thing is I know what's happening."

Alonso said his 2015 decision was being made with the long term in mind rather than current form.

"From the outside it's true that the situation is not so clear and that Mercedes is probably the team that is dominating now and everyone thinks they will be dominating next year," he said.

"Probably we thought the same with Red Bull last year: they won the championship, the last nine races, and this year they were doing five laps in winter testing.

"You never know how things can change. You need to study the project, to see what are the best prospects and you need to follow one direction."