Williams has become the first Formula 1 team to reveal its nose design for 2014 by releasing a rendering of the new Mercedes-powered FW36.

New regulations for 2014 stipulate a high chassis with the nose tip at a height of 185mm, significantly lower than before.

Williams has chosen the 'anteater' solution in this area, keeping the nose as high as possible for as long as possible to maximise airflow under the car before achieving the required height with a dramatic sweep downwards.

This image is of the car's launch-specification, with an upgrade package due ahead of the season-opener.

Although the new 1.6-litre engines will be key to performance this year, Williams chief technical officer Pat Symonds believes his team has also been able to take a step forward with aerodynamic performance.

"F1 is still going to be an aerodynamic formula in 2014," said Symonds.

"There are some significant changes: the nose is lower than last year and the front wing is narrower, which means the endplates are now more shrouded by the front tyre.

"The rear wing isn't as deep as last year and the beam wing below it is no longer permitted, and we've also lost the ability to use the exhaust to enhance aero performance.

"I'm confident we we'll be closer to the front aerodynamically than we were last year." 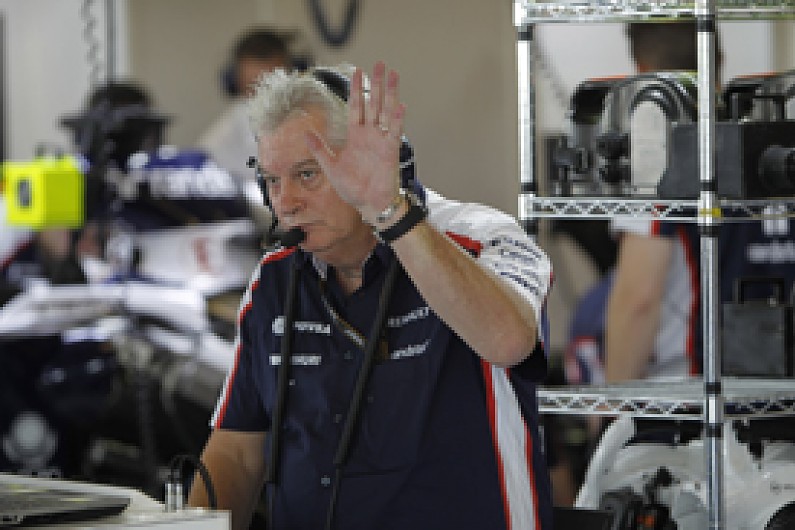 The new regulations have also led to changes in cooling and packaging that have influenced the design of the rear end.

"The demands on water and oil cooling may be slightly diminished, but the ERS system is significantly more powerful and hence needs more cooling," said Symonds.

"We also have to cool the charge air from the turbocharger compressor which requires a substantial intercooler."

The FW36 also features a new eight-speed gearbox, with the team opting to produce its own unit having evaluated the possibility of buying one from Mercedes.

According to Williams, the gearbox ran on the dyno for the first time in November. 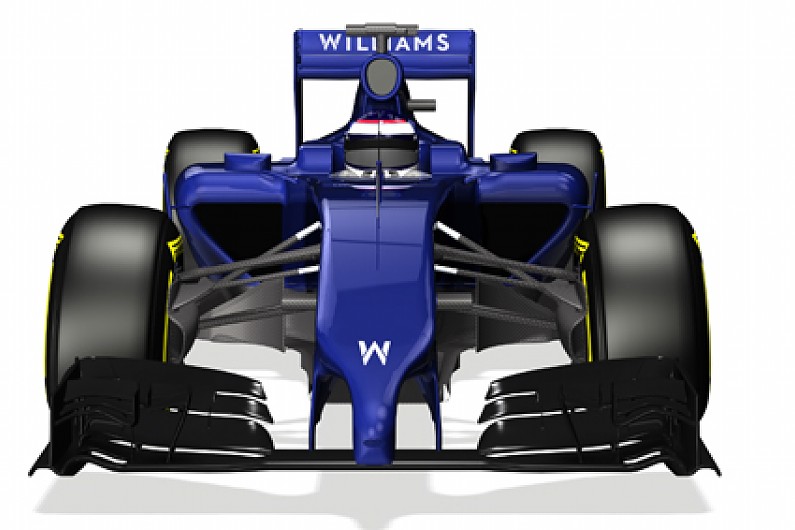 "It's completed a lot of running on the test rig and at Mercedes HPP in Brixworth, but you can't take reliability for granted.

"It's a completely new 'box and it has to cope with a lot more torque than was the case with the V8."

Williams has also been able to get the car down to the minimum weight limit of 690kg.

This is despite concerns that the demands of the new regulations would make this difficult for teams to achieve.

"The build of the new car has gone remarkably smoothly," said Symonds.

"But it's been a challenge to get the car down to the weight limit.

"It's been achievable, but it hasn't been easy because the new power unit is heavier than the outgoing V8."

The Williams-Mercedes FW36 will make its on-track debut in the first pre-season test at Jerez, which kicks off on Tuesday.

It will run in the blue 'heritage' livery throughout pre-season testing.