Sebastian Vettel hopes that Formula 1 does not lose any of its thrill factor next season when it switches to turbo V6 engines.

Ahead of perhaps the most radical rule change in F1 history, there have been concerns that the new smaller power-units coming for 2014 may not be as loud or as exciting to drive as the current V8s.

Vettel has echoed those worries and is keeping his fingers crossed that the intensity of F1 remains intact for both fans and drivers.

"I am a bit sad because my first test in F1 was in a V10," said Vettel, speaking on stage at the AUTOSPORT Awards, where he won the International Racing Driver accolade for a fourth straight year.

"I remember that test, and then we went to a V8 a year afterwards. When I had my second go in an F1 car I could tell the difference.

"I just hope that we are not going down from a power point of view. We will lose the revs which I think is a shame - because it is a new direction that we go into and a new technology.

"I also still remember the first time I went to see F1 was in 1992, it was raining and only free practice in Hockenheim. The cars were only coming out for installation laps, and just to hear the sound of the car coming around, to feel it in the ground; they are the first memories I have.

F1 teams are heading into uncharted territory with the new regulations, and Vettel admits that he can make no predictions about how he and Red Bull will fare next year.

"I think it is very difficult to know," he said. "Every team and every engine manufacturer probably has an idea of how it should turn out, but it is a surprise at this stage.

"Next year getting the cars on the track for the first time will be very interesting and then we see how many engines blow up or not." 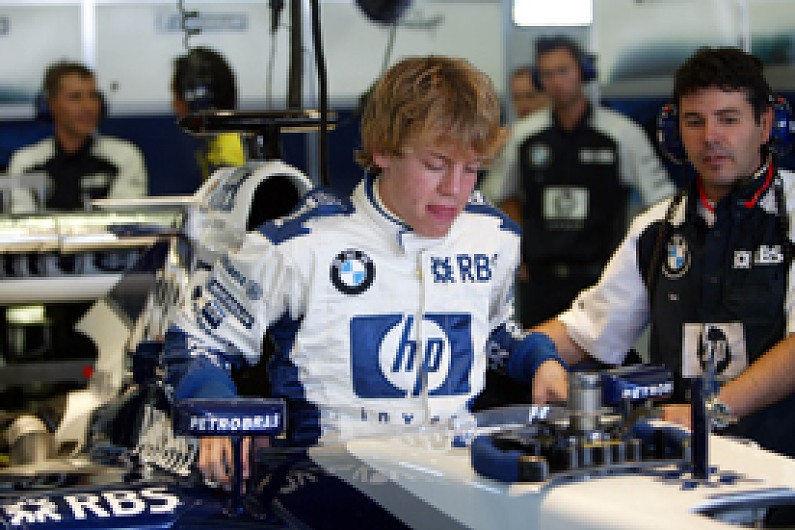 The maiden F1 test in a V10 car Vettel reminisced about at the AUTOSPORT Awards came in a BMW-powered Williams in September 2005.

The outing was a reward for his utter domination of the previous year's German Formula BMW championship.

The then-18-year-old's running was delayed after Nico Rosberg - then Williams's test driver - had an engine failure in the car in the morning.

But Vettel still managed 25 laps, ending up 3.4 seconds off the pace of race driver Mark Webber.

"It was an unbelievable experience," said Vettel at the time. "The brakes, the g-forces and the power of the engine are beyond description."