Esteban Gutierrez believes he can challenge highly-rated Sauber team-mate Nico Hulkenberg in the final four races of the 2013 Formula 1 season.

The Mexican scored the first points of his F1 career with seventh place in the Japanese Grand Prix after qualifying 0.215 seconds off Hulkenberg in Q2 and finishing 20 seconds behind him in the race.

Gutierrez is now aiming to score points regularly in the final four races of the year.

When asked if he believes it is possible to get on terms with Hulkenberg, Gutierrez told AUTOSPORT: "Yes, my aim is to get closer and closer and this is what we've been achieving in the last few races.

"We will see how it goes but to be scoring with both cars in the points is very important.

"It's a great result and from now on I think I can continue in this rhythm and be consistent to the end of the season."

Gutierrez endured a difficult start to 2013 but his form has improved since the August break, and he made Q3 in both Singapore and Korea.

He has been close to breaking his points duck for several races and paid tribute to the team for giving him the time needed to adapt to F1.

"We can feel some great satisfaction after the race," he said.

"We have been working really hard, myself and the team, and they had the patience and gave me the tools to develop myself. 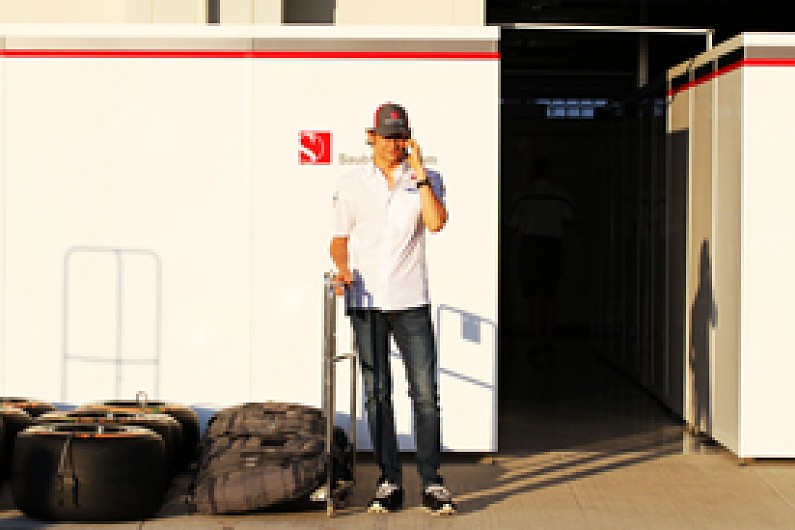 "This is the result of all of that - the people who are working around me, the team, friends, family. All together it brings great energy."

Sauber team principal Monisha Kaltenborn, who has long backed Gutierrez to emerge as a points-scorer insists the team believed in the 22-year-old even though he had a difficult start to the year.

"He has had quite a learning curve," she said. "He had a very rough start to the season.

"Things were not looking too good but we have always believed in him.

"We knew at some point in time it would come."