Daniel Ricciardo is now set to secure the second Red Bull Formula 1 seat for 2014, with talks between the team and Kimi Raikkonen having come to an end.

Amid growing speculation that Red Bull had decided to pick Ricciardo, Raikkonen's manager Steve Robertson told AUTOSPORT on Monday that the Finn was no longer a contender to line-up alongside Sebastian Vettel next year.

Robertson confirmed the news, which first appeared in Finnish newspaper Turun Sanomat, that the former world champion's discussions with Red Bull had come to an end.

"It's true," said Robertson. "Kimi will not be driving for Red Bull in 2014. We held some talks, but a deal will not be happening."

Red Bull had openly admitted that its choice for Mark Webber's replacement was between Raikkonen and Ricciardo - despite being made aware in Hungary that Fernando Alonso could be available too.

Raikkonen had always been happy to stay at Lotus for 2014, but the prospect of racing for reigning champion Red Bull was given serious consideration.

The Finn's representatives opened negotiations with Red Bull, as the team weighed up whether to opt for Raikkonen's experience and guaranteed speed, or put its faith in a youngster like Ricciardo as a long term prospect.

Although Red Bull is insisting that it is not in a position yet to announce its 2014 drivers, Robertson's revelation that Raikkonen is now out of the running points to a Ricciardo deal being a formality.

An announcement about Red Bull's plans could be made as soon as this weekend's Belgian Grand Prix, although the team may opt to wait for the following race in Italy.

Should Ricciardo be confirmed, he will move up to Red Bull's main team after two full seasons with its junior Toro Rosso outfit. He also competed in 11 races for HRT in 2011.

RAIKKONEN HAS OTHER 'OPTIONS' 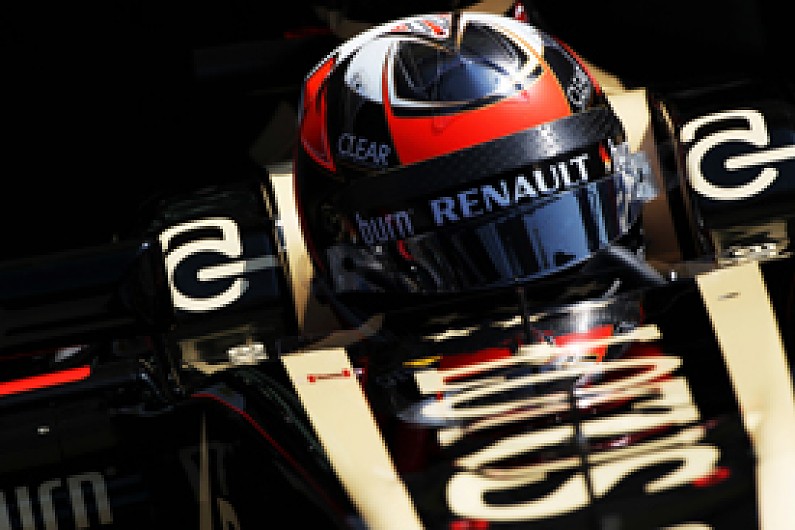 The collapse of the Red Bull talks means that Raikkonen's best option to remain in competitive machinery in 2014 is to finalise a fresh deal with Lotus.

But such a deal is not a formality, amid questions about the financial health of the team, with Raikkonen having been paid late on some occasions.

Robertson said that Lotus was just one possibility for Raikkonen as talks continued with a number of teams.

"We are pretty confident that Kimi will be in F1 next year," he explained. "There are options - and that is plural - out there and I will continue to talk to teams. I am hopeful we will sort something out in the not too distant future."