Giedo van der Garde is optimistic that Caterham can regain supremacy in its back-of-the-grid battle with Formula 1 rival Marussia.

Having snatched 10th in the constructors' championship from Marussia in last year's finale, Caterham has been outpaced in the opening two grands prix of the 2013 campaign.

Marussia's Jules Bianchi qualified more than 1.5 seconds faster than van der Garde and then finished the best part of a minute down the road in the Malaysian Grand Prix.

The Dutchman believes Caterham can yet reverse the situation, particularly as damage from contact with Max Chilton affected his speed at Sepang.

"The car was hard to drive, especially as the tyre drop off was much higher than my team-mate because the diffuser was gone," said van der Garde.

"Like this we still managed to keep me in front of Chilton, so it was good experience.

"We know where we are at the moment, and we know in Barcelona an upgrade is coming.

"[The next] two races won't be easy but for [after] we can make a good step. Marussia has a little advantage but hopefully we can fight them."

Van der Garde denied he was disappointed with the team's start to the new season, saying he was still able to develop as a driver regardless of how competitive the team is. 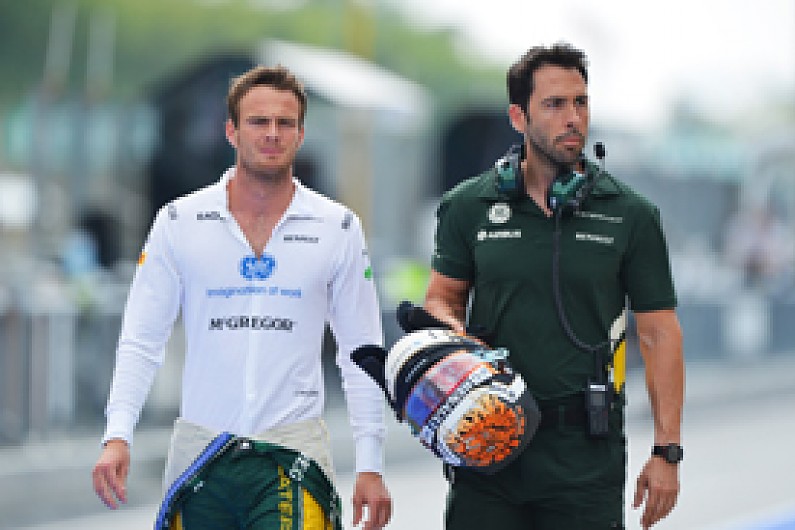 "The team let me learn step by step, all the procedures, the way you drive, the tyres, so for me it has been good.

"It is different. [Before in GP2] you wait [at the front of the grid], look in the mirror, the cars are coming, first gear and away you go. Here it is like, select neutral and oh shit the lights go on.

"So the philosophy is a bit different but it's where we are at the moment. Race by race it'll get better."