The new Williams FW35 is a big improvement on its Formula 1 predecessor according to the team's lead driver Pastor Maldonado.

With the test taking place at Barcelona, the scene of Maldonado's remarkable victory last year, the Venezuelan said the team had reliable data to compare the new car with the FW34 and that progress was clear to see.

"There is an improvement, a big one," Maldonado told reporters in the paddock at the end of the day. "It's a step forward.

"We have good data here from last year so I confirmed a step in performance. The car seems to be very comfortable on the track.

"I'm very happy because it's the best car I have [driven], especially in the first test.

"Last year's car was good, competitive all through the year, but I think there is a clear step forward on this car."

Maldonado added that the car felt nothing like his race-winning FW34 at the same track last year.

"It seems to be more easy to drive, but easy doesn't mean quick, so we need to wait a little bit to get to the bottom of the car.

"Last year, a couple of times the car was very difficult but at the same time very quick, so it's difficult to compare." 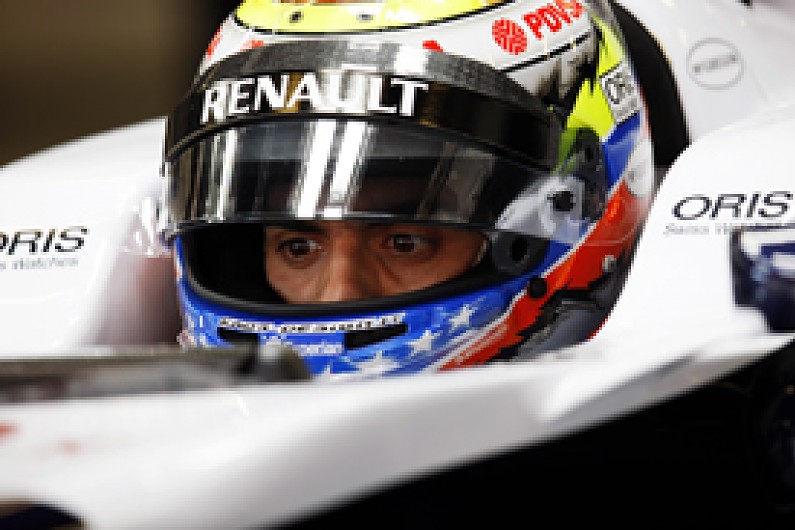 But the way the Venezuelan delivered his lines leaves you in no doubt as to his sincerity in feeling that this car is very promising indeed. To see him grinning and bouncing around the paddock served only to intensify that impression.

Maldonado knows what a good car feels like at Barcelona having won here last year, so his positive attitude is to be taken seriously.

Everything we've seen from Williams over the last year suggests that under technical director Mike Coughlan, it has a good handle on exactly what it's trying to achieve and the improvement in detail work on this car compared to its predecessor is clear.

We can take Maldonado at his word when he says it's a step forward but the key question is whether it's a relative step forward. But all the evidence so far suggests that making the top five in the constructors' championship remains a realistic aim.

After the usual equivocations about needing more time in the car, I asked him what his gut feeling was and whether the car was capable of challenging for race wins. His response lacked the usual downplaying of expectations and made his feelings very clear.

"I think I'm going to enjoy it with this car during the season..."