Following the Island X-Prix, round four of five for the inaugural campaign of the all-electric SUV off-road racing series, which was won by RXR duo Johan Kristoffersson and Molly Taylor, two test days have been conducted at the Teulada NATO base.

Monday’s running on a shortened version of the course co-designed by two-time World Rally Championship-winning co-driver Tiziano Siviero was dedicated to testing the 2022 iteration of the standard Continental tyre, while Tuesday was conducted as a rookie test.

Only four of the nine teams took the opportunity to run championship newcomers, with RXR calling up Peterhansel as its male driver alongside Tamara Molinaro, the official Extreme E female reserve driver who came in to replace Abt Cupra signing Jutta Kleinschmidt.

Extreme E co-founder Alejandro Agag said: “I’m delighted to see that we have got such exciting talent interested in competing in our unique series.

“These new faces were allowed practice time in the car ahead of completing timed course laps.

“It’s great to see the wealth of driving talent making the most of this immersive experience.”

The Veloce Racing team was slated to run its reserve driver Lance Woolridge alongside Hedda Hosas, a Norwegian rallycross regular, but they were forced to abandon their entry following the huge roll for Stephane Sarrazin in the shootout race on Sunday. 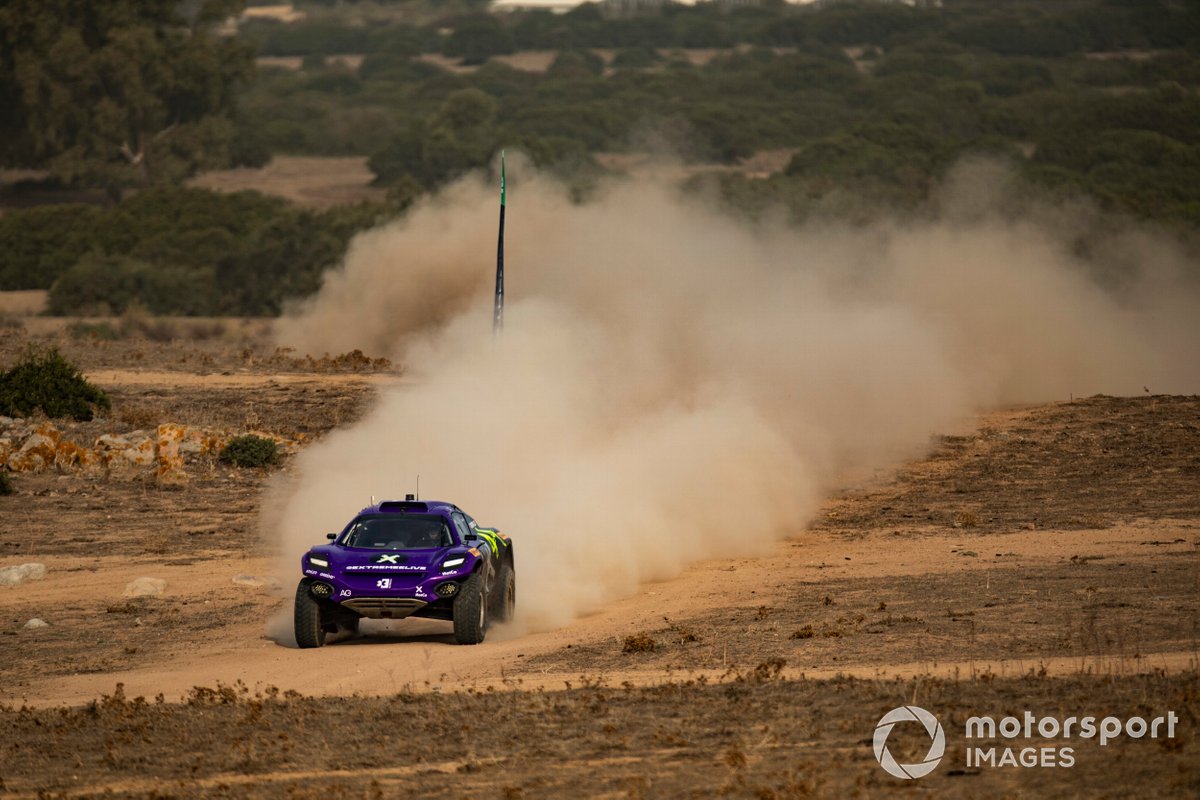 That left Lewis Hamilton’s X44 outfit, run by Prodrive, to hand an opportunity to 19-year-old Californian driver Seth Quintero, who in 2021 became the youngest-ever stage winner in the Dakar Rally.

Andersson said: “Today has been for sure challenging.

“The car is an absolute beast and the course is really challenging but I’m really enjoying it. “This is a new era of motorsport and I’m really happy to be a part of and get some miles in the car and learn some things.

“Since I have only done Rallycross, to be here with Carlos Sainz is amazing to compare my times to his and learn as much as I can.

Molinaro added: “I really needed to get some mileage in the car, to spend a bit of time behind the steering wheel.

“Normally when we do the battery test on the Sunday before the event it’s just like maybe one lap or two – at the end of the day it’s not so much time in the car, so for sure this helped me building a lot more confidence.”

Autosport understands that 2003 WRC champion Petter Solberg, who announced his retirement from professional motorsport in 2019, was also in the frame for an Extreme E rookie outing.