Peterhansel had been in fine form all day in the 375km test near Wadi Ad Dawasir, one of the fastest stages of the rally, running a close second to team-mate Carlos Sainz early on before grabbing the lead at the third waypoint.

Once out in front, the 14-time Dakar winner steadily extended his advantage over the chasing pack, eventually sealing victory in Stage 10 by 2m06s over Sainz.

This was Peterhansel’s maiden stage victory of Dakar 2022 and ensures that all three Audi drivers have now won a stage this year, following Sainz’s triumph on the third test and Ekstrom’s success on Monday.

Prodrive (Bahrain Raid Xtreme) driver Orlando Terranova ended up as the closest challengers to the leading two Audis, jumping the Toyota of Henk Lategan right at the end to secure his best result since winning Stage 6 last week.

Lategan eventually finished 12 seconds behind Terranova having held the third spot for much of the day, but still ended up as the best finisher for Toyota with Al-Attiyah only seventh and yesterday’s stage winner Giniel de Villiers down in 12th.

WRC legend Loeb fell as low as eighth in his Prodrive entry but rebounded strongly to finish fifth, crucially 1m35s and two places ahead of his title rival Al-Attiyah. 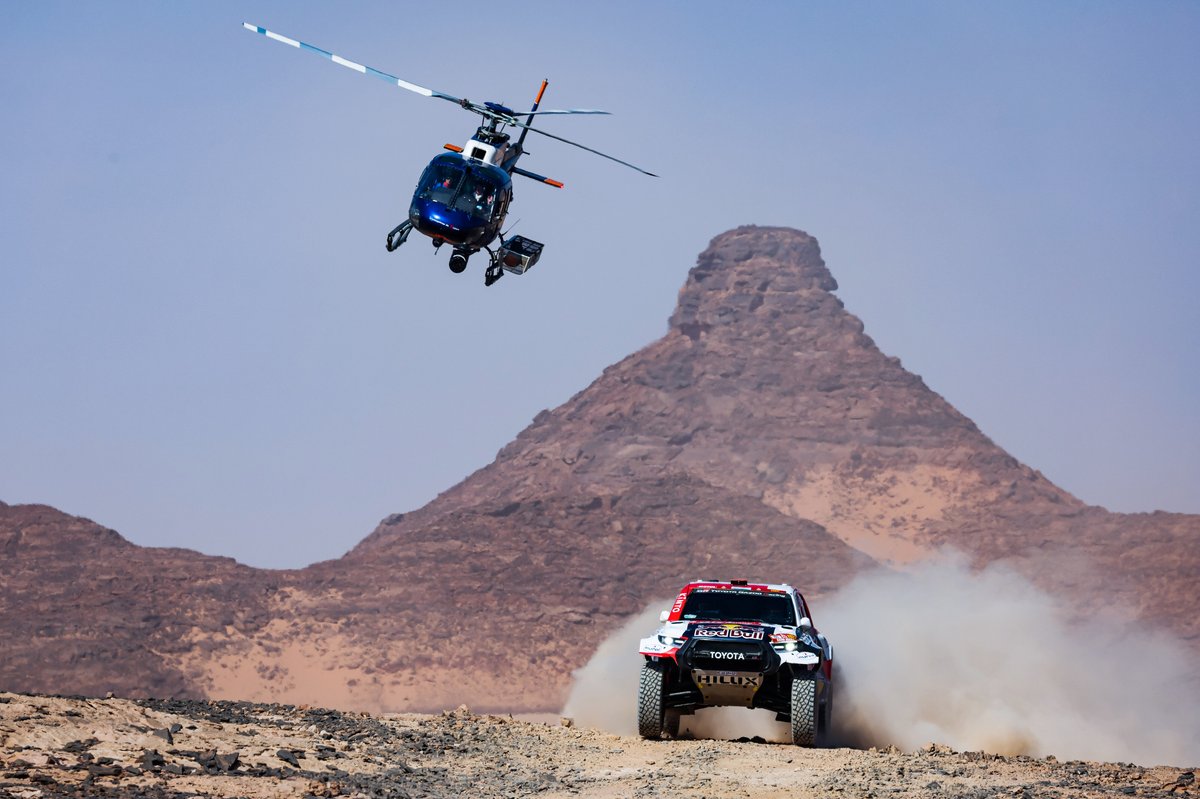 Following his first-ever Dakar stage victory on Tuesday, Ekstrom had a low-key day as he dropped just over 10 minutes to his winning team-mate Peterhansel, finishing 11th.

In the overall standings, Al-Attiyah takes a reduced lead of 32m40s going into the final two stages towards Bisha and Jeddah. This follows a five-minute penalty for the Qatari driver for a seat belt infringement that was recorded in Monday’s Stage 8 but not acted upon until the following day.

Al Rajhi sits someway behind the leading duo in third, while Terranova strengthened his fourth position in the overall standings ahead of Jakub Przygonski (X-raid Mini) and de Villiers.

Mechanical troubles for Martin Prokop have promoted Ekstrom to 10th place in the general classification.