Loeb grabbed an early advantage for Lewis Hamilton’s X44 team before Foust took the lead with a sideways move on the nine-time WRC champion. Gutierrez snatched the lead back shortly after the driver changes using her hyperdrive boost on lap three of four, only for Gilmour to respond. After running side by side, she made a move stick down the inside to secure victory on the sand. But two penalties for clipping waypoint flags robbed McLaren of its first Extreme E win.

Chip Ganassi’s Kyle LeDuc and Sara Price, who only made the final thanks to technical issues forcing the withdrawal of Rosberg X Racing’s Johan Kristoffersson and Mikaela Ahlin-Kottulinsky, should also have benefited. But they were then censured for missing a waypoint, which dropped them to fourth.

All that handed second to Carlos Sainz and Laia Sanz, while the Abt Cupra team took its first podium of the season with Klara Andersson and Nasser Al-Attiyah.

The last-chance ‘Crazy Race’ had lived up to its name, with penalties and clashes. Foust and Gilmour came out on top to make it into their ill-fated final. 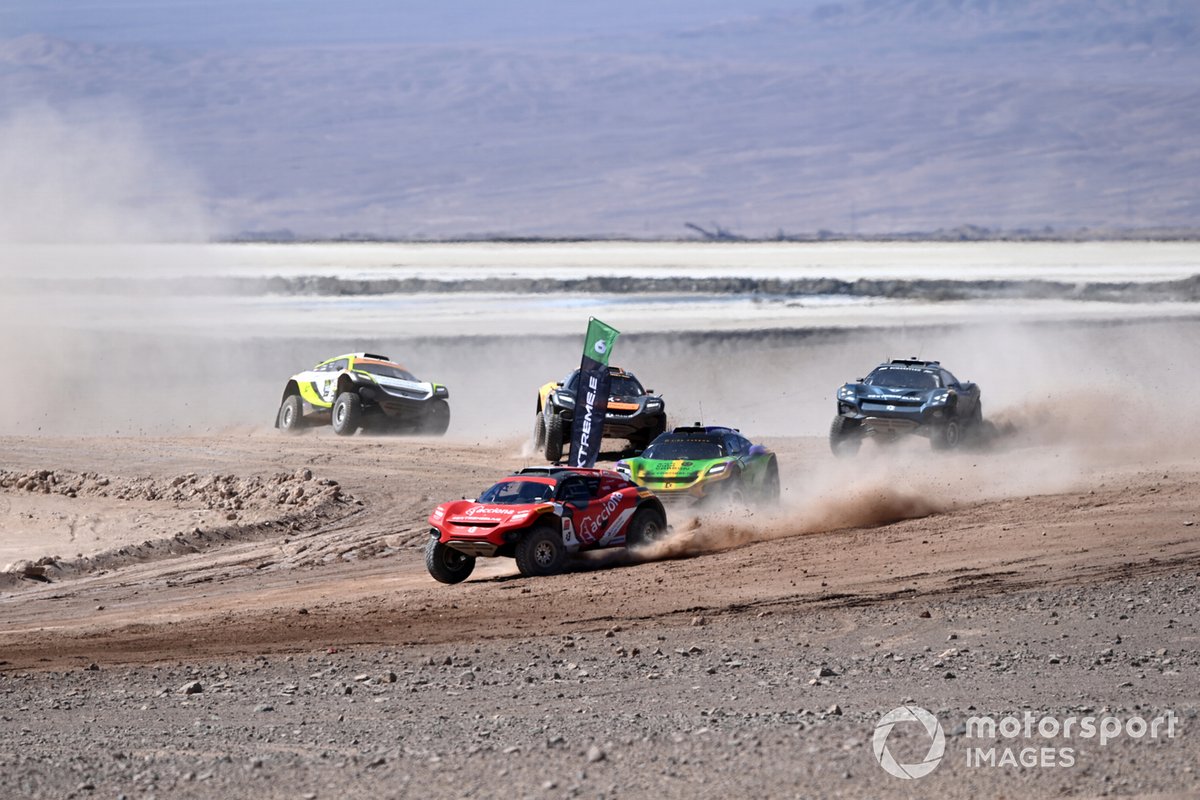 World Rallycross championship pacesetter Kristoffersson and Ahlin-Kottulinsky, already twice winners in 2022, went to Chile with a chance of wrapping up a second consecutive Extreme E crown for Rosberg X Racing. They once again topped the qualifying stages and, like Loeb/Gutierrez, won their semi-final but a software issue meant they missed the finale.

“We were surprised to see that Rosberg X Racing weren’t competing in the final, but we didn’t have a lot of time to think about it as we were racing straight away,” said Loeb.

“It was a very strong fight against some great teams but Cristina was incredible, securing the fastest lap of all the drivers in the final.”

Al-Attiyah: I will be in Extreme E next season