F1's official game usually launches with the in-game cars based on how they appeared for the first race of the season, but the frantic rate of development between the teams means the look of the cars can change significantly through the year, so a mid-season update is always being worked on even as the game is released.

For 2017, not only have certain cars such as the Mercedes undergone significant changes in appearance due to upgrades, but every team's livery was altered when teams had to make a driver's number or three letter identifying code more visible for fans. 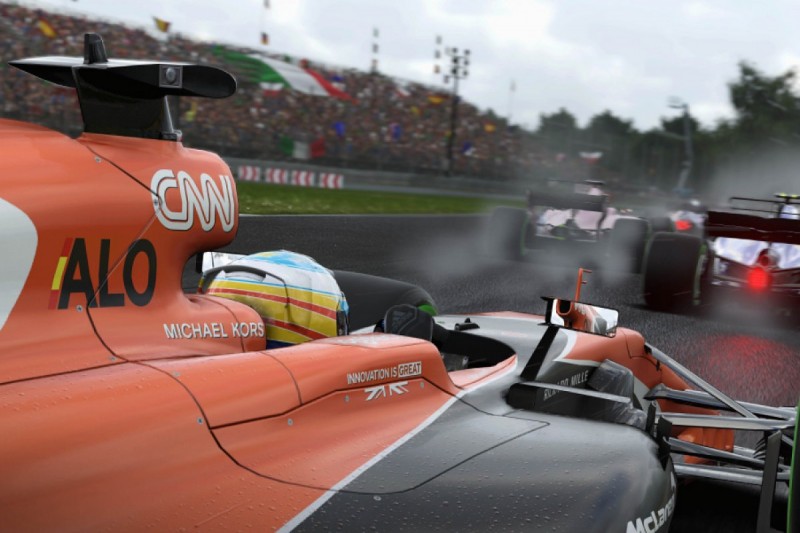 The update, which Codemasters says will be released "very soon", includes those changes for every team, as well as revised performance levels for the cars based on how the season has progressed.

Several minor bugs have been tackled for the 1.8 patch, with notable gameplay changes including AI improvements in defending the inside line and pit strategy under the safety car, adjustments to the 'medium' traction control setting, and a balancing of the performance between qualifying and the race for computerised opponents.

The popular photo mode from the PC version of the game has also been added to PS4 and Xbox One.

Along with fixes for online multiplayer bugs, new TV-style graphics have been added to enhance the spectator mode for online races, enabling spectators to view a race leaderboard down the left-hand side of the screen and details on each driver such as gaps, fastest laps, tyre compounds and pit information.