Nissan to replace Renault in Formula E in the future

The decision for Nissan to replace Renault in Formula E has been agreed, Autosport has learned

Earlier this year Autosport revealed that the Renault-Nissan alliance was discussing how to best operate works motorsport programmes for the two manufacturers.

Multiple sources have confirmed that the union, which is one of the world's biggest automotive partnerships, has green-lighted Nissan's move into the electric single-seater series.

He was already in Spain for the previous weekend's Blancpain GT season finale at Barcelona.

Nissan is one of the biggest sellers of electric vehicles in the world and is the ideal option for the alliance to maintain a presence in FE, while representing a huge coup for the series.

FE is without representation from a Japanese manufacturer at present, but series CEO Alejandro Agag told Autosport at Valencia that he expected that to change.

Asked about Nissan, Toyota and Honda, Agag said "one of those three, maybe two, will end up" in FE, but he declined to comment on which manufacturer and when it would be.

Honda has expressed an interest in FE but played down prospects of an entry in the short-term as it focuses on its beleaguered Formula 1 engine programme. 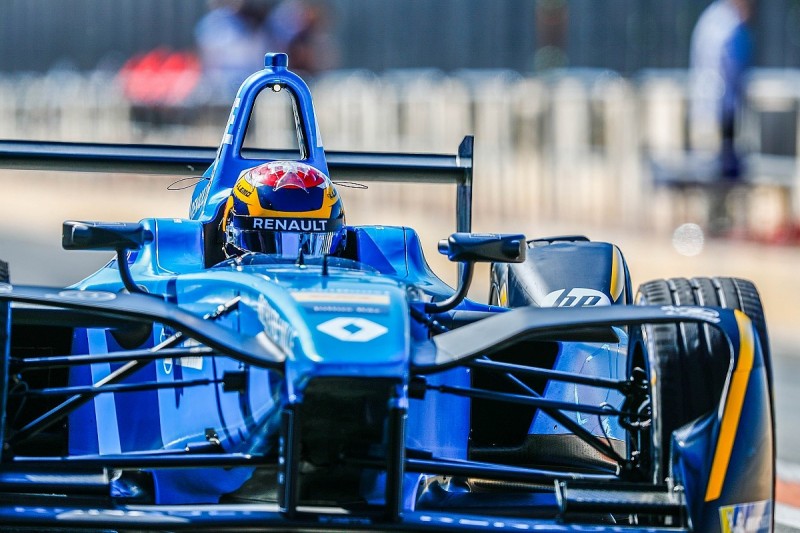 Toyota, which is currently reviewing its World Endurance Championship participation in the wake of its rival manufacturers exiting the LMP1 category, is understood to have had contact with FE in the past but has never formally registered a desire to compete.

Official confirmation from Nissan is not thought to be imminent, with an announcement at next year's Geneva Motor Show believed to be a strong possibility.

Renault e.dams launched its 2017/18 challenger, the Z.E.17, last month at an event in Paris, likely precluding any major rebranding for this season, with something official for the 2018/19 season - when FE abandons mid-race car swaps - expected.

The move will bring Nissan back to the forefront of a major international racing category for the first time since axing its failed LMP1 project at the end of 2015, and allow Renault to focus on its rapidly-growing Formula 1 programme.

It also means FE's most successful manufacturer will exit the series.

Renault ramped up its partnership with e.dams for the 2015/16 season, and won the drivers' and teams' titles before helping e.dams to a hat-trick of teams' honours last season.

As e.dams holds the FE entry, it is expected to remain in place as the operating team.

The position of lead driver Sebastien Buemi is understood to not be under threat, despite racing for Nissan's rival Japanese manufacturer Toyota in the WEC.

Toyota blessed Buemi's commitment to FE and the 2015/16 champion and team-mate Nico Prost signed fresh deals with Renault e.dams earlier this year, keeping them at the team until the end of the 2018/19 season.

The shock verdict Formula E will hope is wrong