Ingram, driving a Toksport WRT-prepared Skoda Fabia R5 with Ross Whittock as co-driver, overcame two punctures and a spin on the final day to edge home on a dramatic last stage affected by heavy rain showers.

His remaining title rival Alexey Lukyanuk finished second to winner Frigyes Turan after stopping to change his own second puncture of the event on the final stage.

Lukyanuk could only pick up two bonus points for sixth on the second leg, which proved costly in the end.

Ingram failed to pick up any Sunday leg bonus points, but a fourth place finish meant the Briton wrapped up the title.

"It's been a bloody hard road to get but this is everything to us," said Ingram.

"It's been such a hard year but I've not done this alone, without so many people this would not have been possible. Ross has been unbelievable, he's the most reliable guy, I'm a complete dope. But he's the most focused person in the whole world.

"The team have been absolutely amazing. The car has been perfect. Thank you so much to them for making it happen." 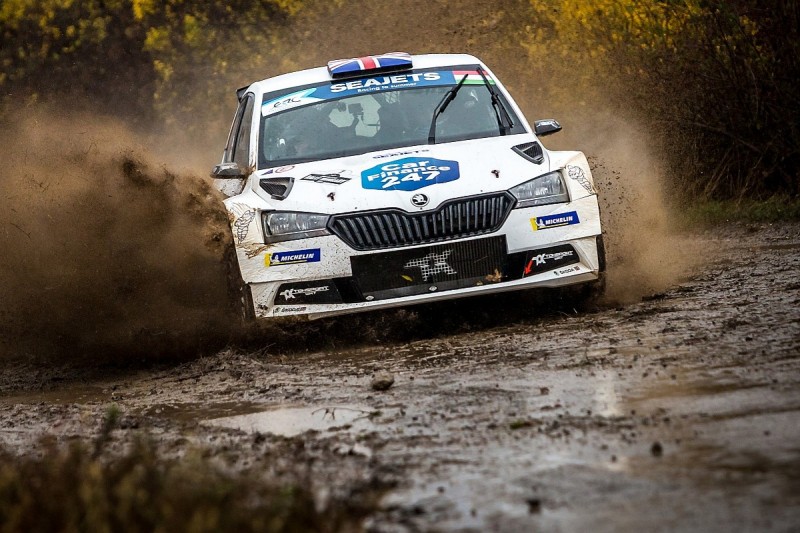 Ingram came into the weekend with a 19-point advantage over Łukasz Habaj, with Lukyanuk a further nine adrift in third.

Dropped scores across the year meant Ingram would drop 12 points to Lukyanuk's three.

Habaj's title aspirations were all but extinguished in the pre-event practice session on Friday morning with a crash that ruled him out of the qualifying stage.

Heavy rain throughout the weekend hampered many of the leading runners, with both Lukyanuk and Ingram suffering tyre deflations. 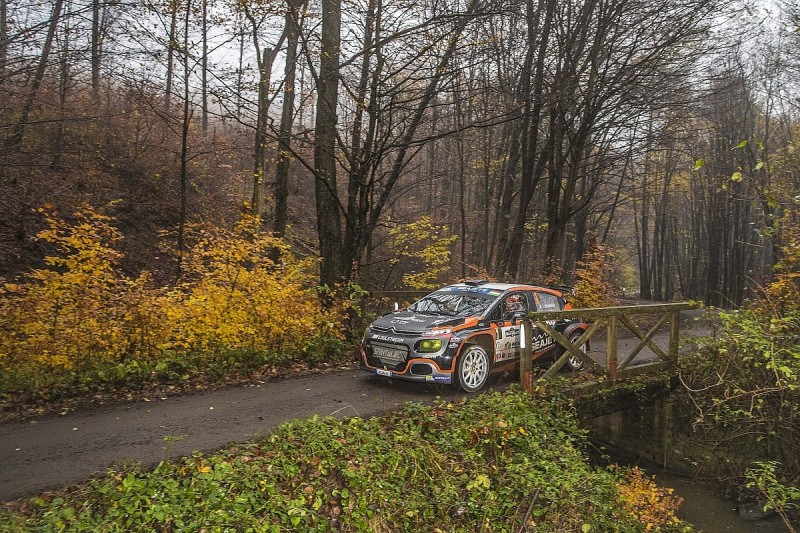 Lukyanuk opted not to change his slow puncture on Saturday and only lost 20s, but Ingram's on Sunday morning required him and Whittock to stop on stage to replace the wheel, shipping over two minutes in the process.

The heavens opened again ahead of the final stage of the event, with thunder and lightning making conditions the worst they had been all weekend.

Ingram came through ahead of Lukyanuk on the road, but with a front-right puncture - which cost him valuable time and dropped him out of the podium positions.

But Lukyanuk also arrived with a deflated tyre, and his resulting drop in the Sunday leg standings gave Ingram the title with 141 points to Lukyanuk's 132.

Callum Devine finished his maiden outing in his Motorsport Ireland-backed Hyundai i20 R5 - and first ERC appearance since 2016 - with third place ahead of Ingram.