It had just morphed from the Swedish Touring Car Championship, after merging for 2011 with its Danish equivalent to gain a Scandinavian title.

Yet despite what appeared to be a healthy series, major changes loomed that would result in the formation of the breakaway TTA Racing Elite League, an uneasy reconciliation and eventual bankruptcy.

STCC owner and two-time champion Nilsson saw the series evolve through three distinct eras from when he took over the reins in 1996: Super Touring, Super 2000 and the infamous TTA (Touring Car Team Association) silhouettes. 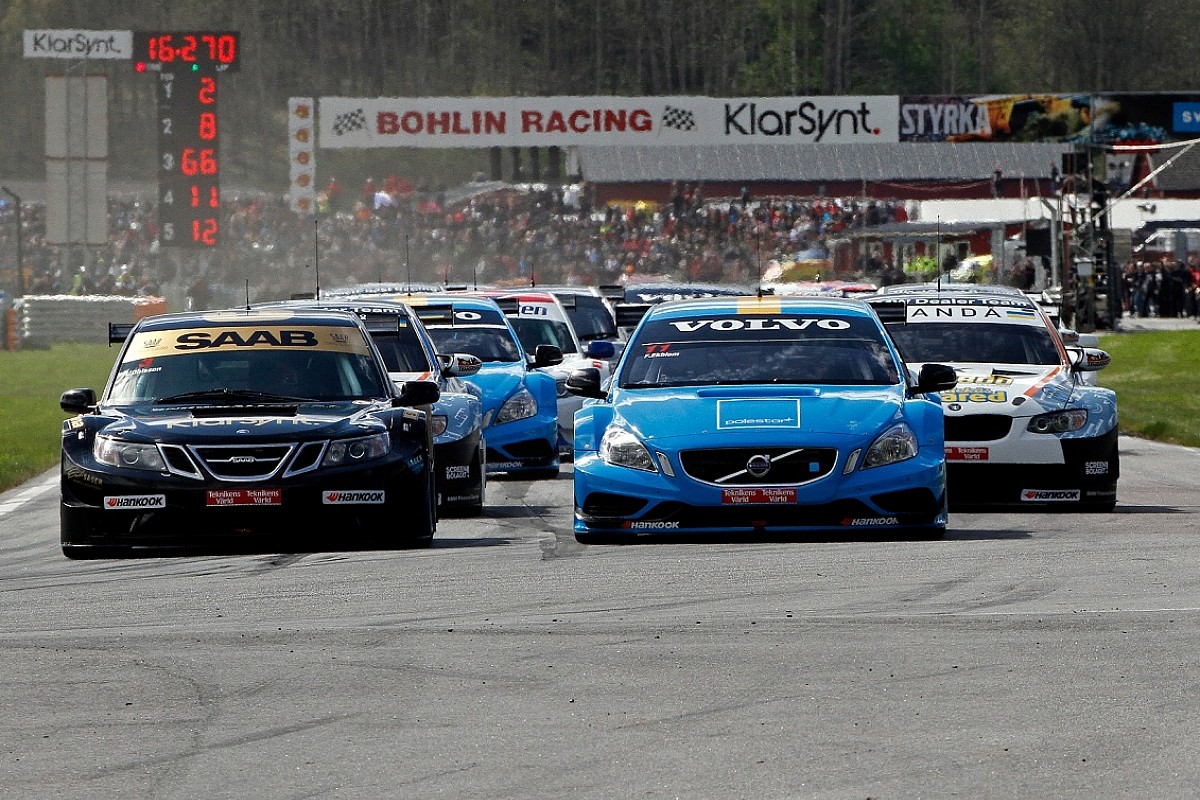 For one year - 2012 - the breakaway TTA series ran in competition with the STCC, before they merged in 2013 to run the silhouettes under the name of STCC-Racing Elite League, and the STCC name was readopted in 2014.

The eventual failure of that formula would result in the championship moving to production-based TCR rules in 2017. The current TCR Scandinavia Touring Car Championship is now run by a different promoter after the STCC AB company Nilsson founded went bankrupt last winter.

In NGTC, the STCC was dealt the right solution but at the wrong time

"I owned the STCC three times, but I sold it each time because it got so political," says Nilsson, who last raced in 2014. "I used my Volvo links to attract sponsors to keep the series alive but whenever I left, nobody else did any work!"

For Nilsson, the 'STCC War' of 2012 was a pivotal episode in Swedish motorsport.

"One of the main reasons why the STCC was so popular in the beginning was that it was based on the BTCC model," he says. "A lot of teams would buy second-hand cars from the BTCC and run them in Sweden."

This pattern continued following the STCC's switch to S2000 regulations in 2003, but became problematic when the BTCC adopted brand-new Next Generation Touring Car (NGTC) machines for 2012.

"Swedish teams would have to buy the cars new, develop them and spend a lot of money on them," says Nilsson (below). 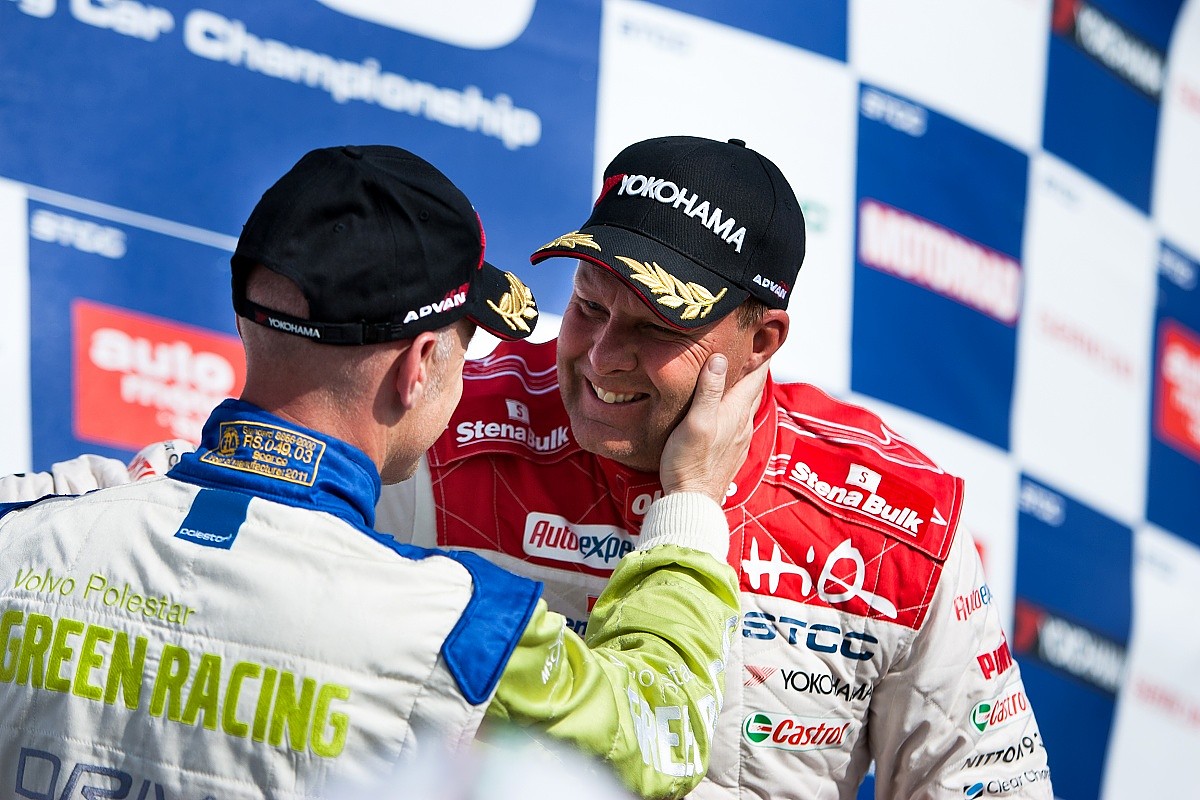 "My team, Flash Engineering, and Polestar Volvo could afford it, but the privateers had no chance. Sweden is very small in motorsport terms - we just didn't have the money for that."

Disagreement over S2000 regulation changes, which allowed biofuel turbo cars and a combination of either 1.6-litre WTCC engines or 2.0-litre NGTC cars, pitted half the grid against the other in 2011, with a breakaway series the inevitable result.

World Touring Car Cup driver and PWR Racing founder Daniel Haglof believes that in NGTC, the STCC was dealt the right solution but at the wrong time.

"It would have been a better solution than TTA in hindsight, but the split was a bit too costly," he says. "It's quite amazing that people were willing to spend a lot when they were fighting, but when they had something that was healthy they didn't want to spend money to build it."

Without the BTCC carrying out the litmus test on the new-generation cars, the STCC was at a fork in the road. Nilsson believes that "had NGTC been adopted four years previously, the STCC would have easily followed suit", but until then a more cost-effective solution had to be found.

"TTA was created to help keep the STCC alive, but a lot of the smaller teams thought it was a trap to favour the big ones," he says. "It was cheap to maintain and run the cars so it was the right move at the time."

Faced with an almost impossible choice, the STCC initially opted to go down the NGTC route for 2012, against the majority of teams' wishes. TTA was formed in response, and war broke out. 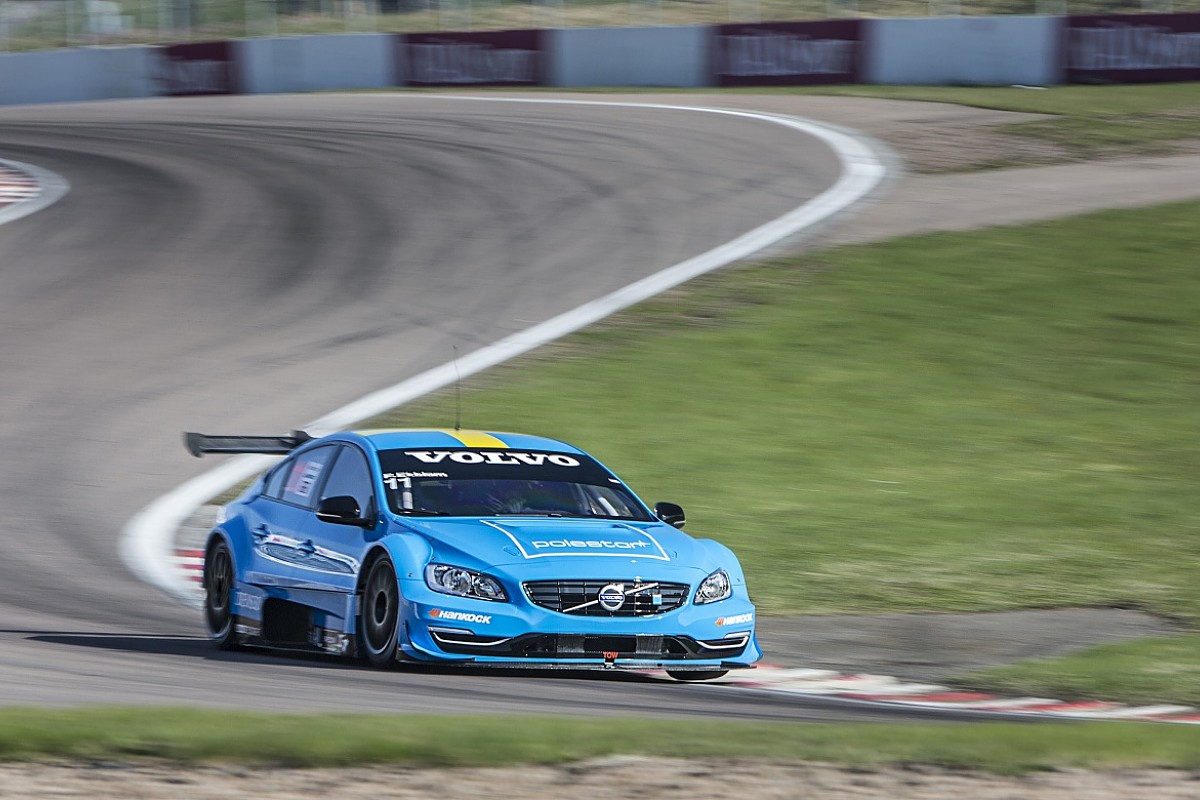 Although their origins came from the Megane, the TTA vehicles had their own distinctive characteristics; they were wider, longer and more powerful, producing 420bhp from their Nissan V6 turbo engines compared to the 360bhp of the Megane. They were also fitted with a DTM-style swan-neck-like rear wing.

Contrary to popular belief at the time, the cars were inexpensive to run and easily maintained and configured, as teams found they could tweak almost every aspect of the car to unlock the perfect set-up. If there were similarities between TTA-era STCC machines and the new wave of DTM cars, it was entirely deliberate.

"Before we called it TTA, the original name was 'DTM Lite' and we talked to Mattias Ekstrom who was still a DTM regular then," Nilsson says.

"We actually planned to support three rounds of the DTM with the plan to take it to other parts of Europe, because France and Belgium were using Solution-F chassis as well."

Ekstrom (below) was also in favour of the concept. 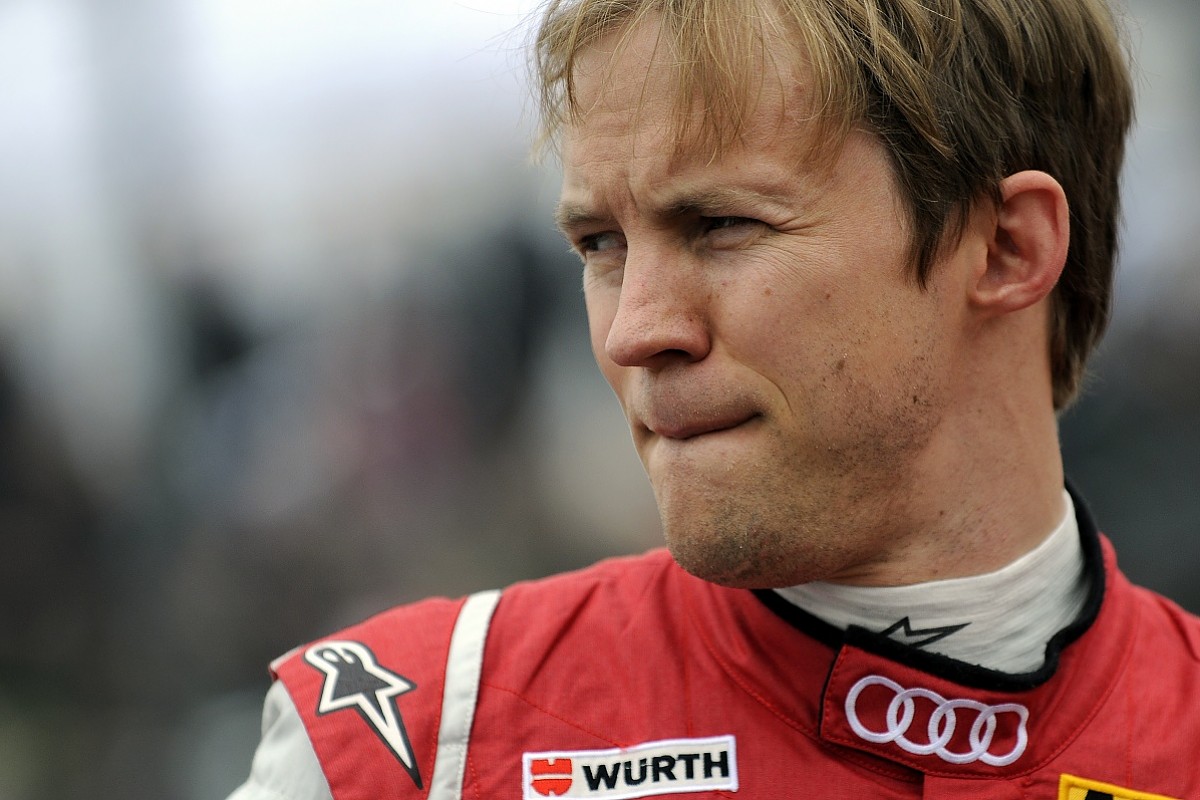 "It's always good when the national championships are similar to the championships which everyone wants to drive in," he said in 2012.

"If you do a good job in cars like TTA now, you can drive a DTM car without any major problems."

What a fully realised 'DTM Lite' concept would have looked like and for how long it could have survived is as difficult to imagine as it is irrelevant.

Ultimately, the move away from TTA towards TCR regulations was the result of increased pressure from manufacturers keen to see more than just the tacit factory support the silhouette formula offered - as there had been prior to the split.

One of the TTA era's biggest concerns for the teams and associated manufacturers was the issue of selling the series to key stakeholders.

Unlike in the DTM, where manufacturers built bespoke engines for silhouette bodyshells, the new-look STCC used spec engines with spaceframe chassis and bodywork moulded around the brand it was supposed to replicate. 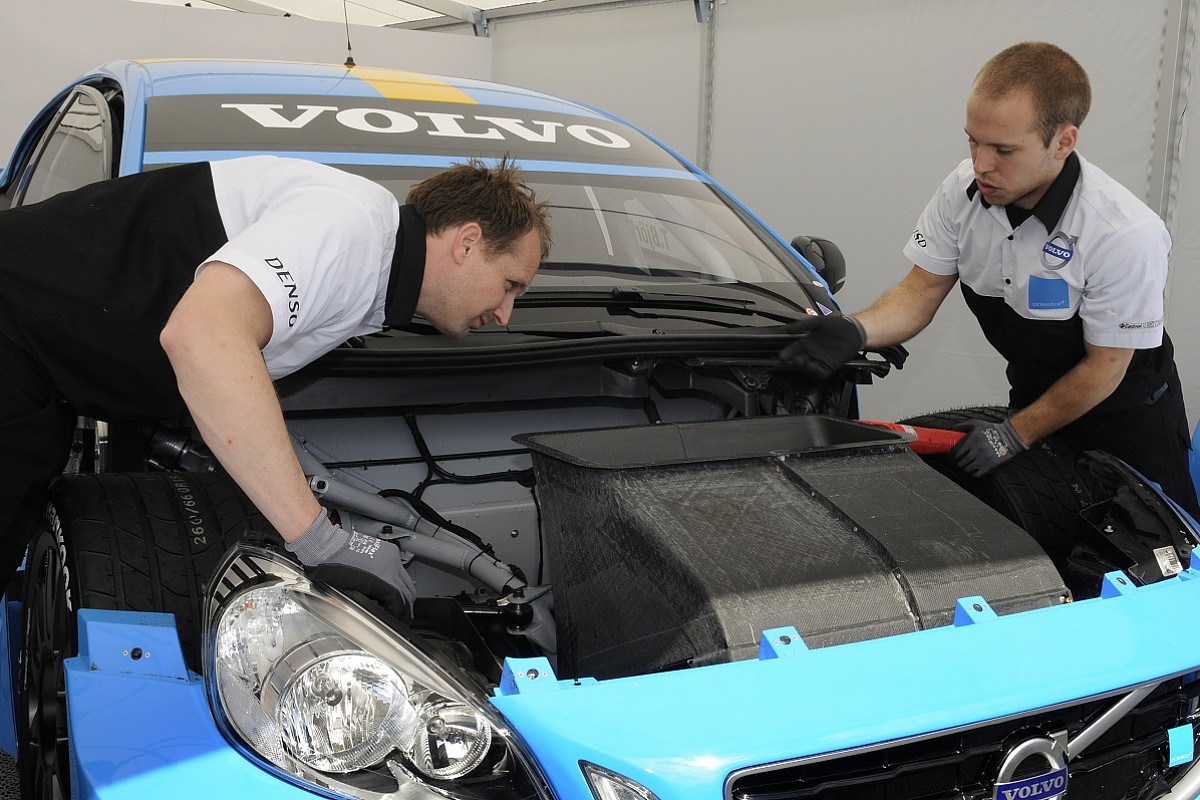 For Haglof, whose PWR team initially ran silhouette Saab 9-3 bodyshells before switching to a SEAT Leon in 2016, it was almost impossible to have genuine manufacturer involvement without some compromise.

"All the established brands have sporting departments and if they can't sell cars or parts to the championship, then they are not supporting it," he says.

"We tried from 2012 to get manufacturer support, but in the end the current deal we have with SEAT was because of the switch to TCR. The SEAT bodyshell we did was only for one year and only possible because of its sporting department being able to sell the cars."

It was a similar story for West Coast Racing, which, despite running under the BMW Dealer Team banner, initially had to strip its M3s of BMW badges and call them 'BMW Silhouette Replicas'.

But even in Volvo's case, it was not without issues.

"The mechanics and the engineers working at Volvo, were like, 'Hey, this is not right, it's not a Volvo engine.' They were really upset about it," recalls Thed Bjork.

The collapse of the original STCC is too often put down to the events of 2011-12, but the reality is more complicated. It's clear, however, that an opportunity was missed to build on the high-water mark in Swedish motorsport.

Its new life as TCR Scandinavia has a lot to live up to. 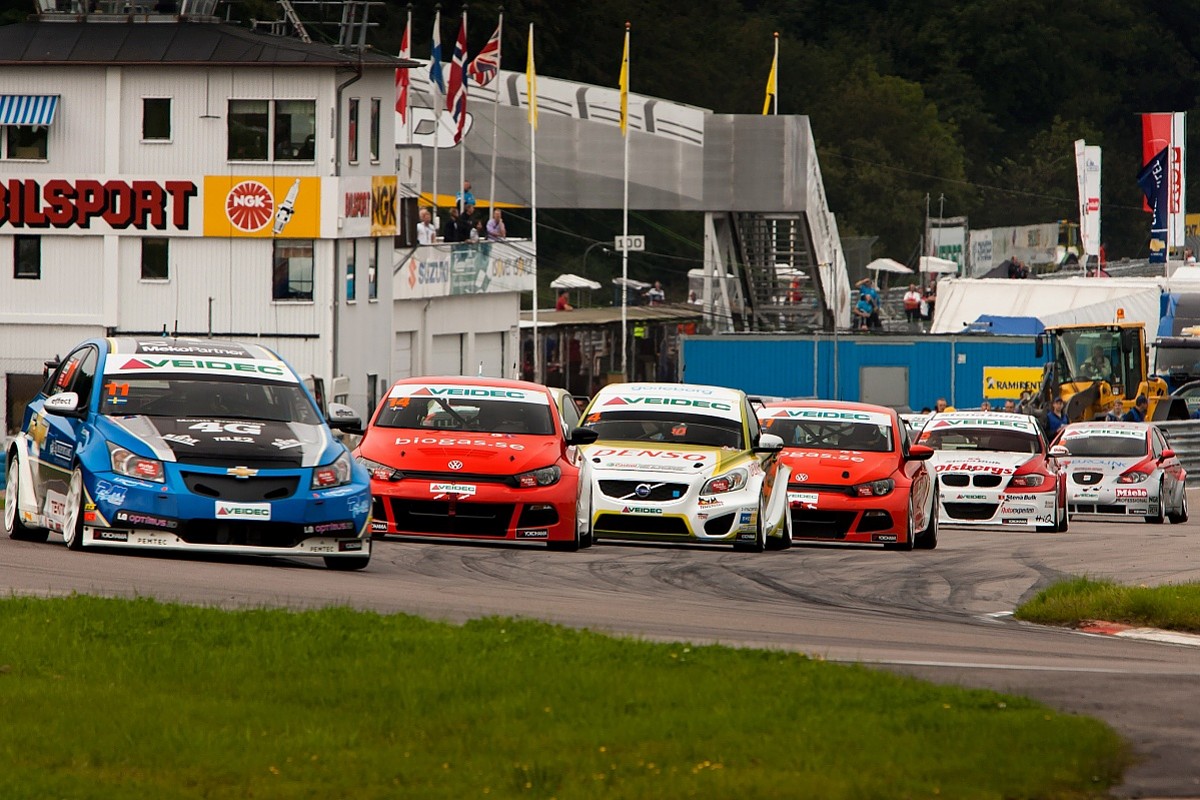