Kubica, who has moved into prototype racing this season after a disappointing year with the privateer ART squad in the DTM last year, completed the final stint in a convincing win for category returnee WRT alongside team-mates Louis Deletraz and Yifei Ye.

In the Belgian team's first LMP2 race since Laurens Vanthoor, Dries Vanthoor and Will Stevens finished second in an ELMS one-off at Spa in 2016, the #41 ORECA 07-Gibson prevailed by 22 seconds over the identical Panis Racing example of Stevens, Gabriel Aubry and Julien Canal after four hours.

Ex-Formula 2 driver Deletraz did the bulk of the heavy lifting as he started second behind G-Drive Racing's Roman Rusinov, and after an early safety car period seized the lead with a bold move at Turn 1.

Deletraz had built a 30-second advantage by the time he cycled to Asian Le Mans Series champion Ye around the one hour 40 minute-mark, with Kubica taking over for for the final 45 minutes and controlling the gap between himself and the chasing Aubry until the chequered flag.

It was only Kubica's second start in an LMP2 car following his one-off outing for High Class Racing in January's Rolex 24 at Daytona, and his first circuit racing victory since the 2008 Canadian Grand Prix.

"To be honest, I was not expecting to have such an easy life," commented the Polish driver.

"When you have such a big margin you are just trying to bring the car home. But to be honest, everything was done before this weekend; the team has done a good job.

"The project started very late and the team worked really hard. It wasn't easy in the last weeks, but we prepared well for this race during the first tests with Goodyear one month ago and also on Monday and Tuesday [during the official Prologue test]. 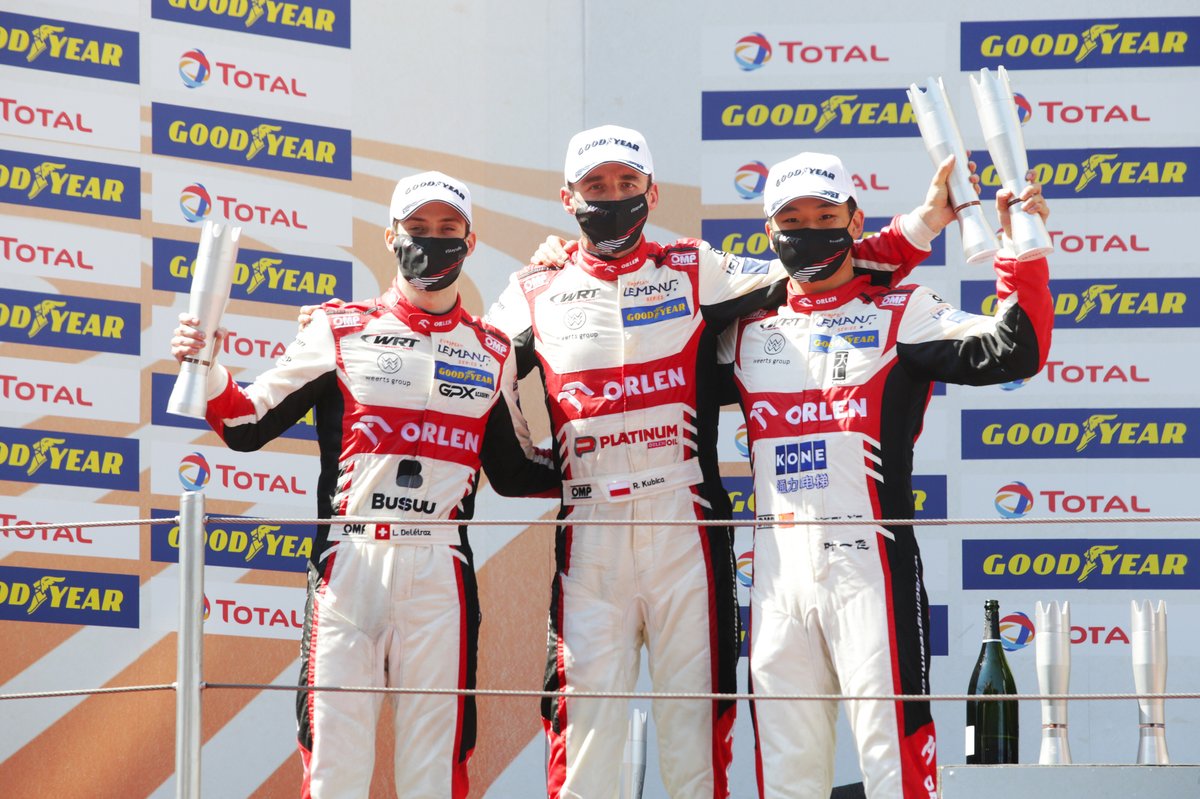 "I just needed to bring it home. I had no interest in pushing, I was just driving safely in case there was a safety car or something, I had to keep the tyres as fresh as possible in case something happened.

"Congratulations to Vincent [Vosse], the team owner, he really pushed for this project, and to my team-mates, who have been really amazing, not only today. I think you build up success actually not only on [race day] but before that, and all the team did really well."

Two drive-through penalties - one for Rusinov not respecting the start procedure by backing up the pack before the green flag, and another for clipping a wheel of the sister car in the pits - relegated the G-Drive Aurus-branded ORECA shared by Rusinov, Nyck de Vries and Franco Colapinto to fourth.

Kubica warned that WRT cannot take its current form for granted in the next race of the ELMS season, the 4 Hours of the Red Bull Ring on 16 May, especially as the latest rules designed to slow down the LMP2s in relation to the new Le Mans Hypercars will be taking full effect.

A reduction in horsepower and a weight increase were already imposed for the Barcelona race, but the use of low-downforce aero kits had not yet been made mandatory.

"It will be another new challenge for us," said Kubica. "We have to remember we are still 'youngsters' here, rookies, we don't have big experience.

"There will be some regulation changes with the Le Mans [aero] kit, it will completely change our set-ups and everything; we will have to start again from zero. But we showed if we execute well we are able to make it work, so let's hope we can continue and reproduce this."