Audi insists it does not want any help from performance concessions, despite its torrid start to the 2018 DTM season

DTM got rid of its performance weights system before the final two weekends of the previous season, which then concluded with Audi in dominant form and locking out the top four positions in the standings.

Further regulation changes - including reduced downforce and a simplified suspension - were then negotiated for this year, and Audi has begun the season trailing Mercedes and BMW.

DTM regulations allow a team to apply for concessions in order to level the playing field, although that would have to be agreed by representatives of the governing body DMSB, DTM umbrella organisation ITR as well as Audi, BMW and Mercedes.

Audi's rivals were given concessions in the past, with BMW enjoying a reduced base weight and wider rear wing in Marco Wittmann's title-winning season in 2016.

But Audi motorsport chief Dieter Gass does not want any such help.

"Basically, this is not our philosophy," he said.

"For me personally, this is unsporting. Whoever has the fastest car should also win.

"In contrast to recent years, the regulations do not provide for a system for performance compensation. 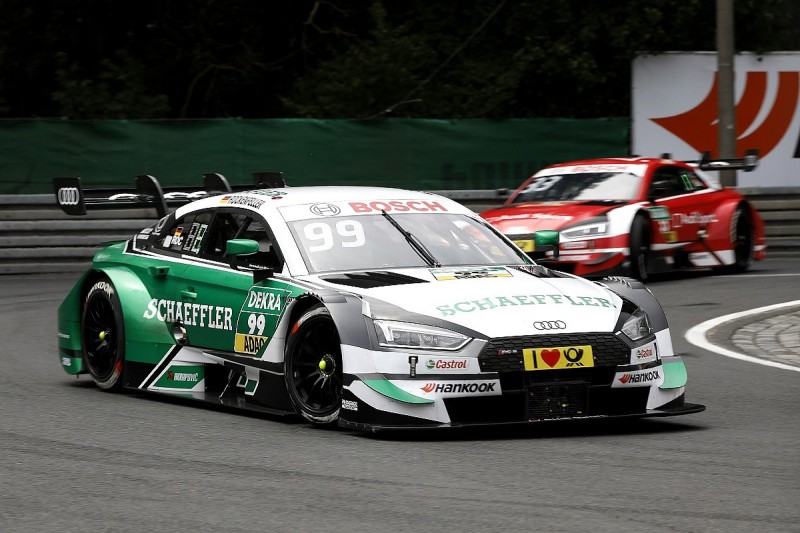 "We were aware of this when we campaigned last year for the abolition of performance weights and accepted the intervention in the existing aerodynamic homologation.

"A decision that was also important and correct for the DTM in retrospect."

"[This] would only lead to new discussions - and we all don't need them," he said.

"I never thought it was great to get a better performance and be victorious with enhancements, [like] a wider wing and less weight."