Despite starting the race on the front row and seven positions ahead of Glock, Paffett found himself behind the BMW driver after his pitstop.

He tried to overtake Glock for several laps before eventually making a mistake at the Scholler chicane, which led to further two BMW drivers, Philipp Eng and Joel Eriksson, passing him.

Paffett ended up finishing the race behind them in 13th while Glock took 10th.

Paffett was unhappy with how Glock was defending his position, and said he was forced to 'save' them both from crashing.

"Whenever I tried to overtake him, he would try to push me into the wall," said Paffett.

"If I had stayed on the accelerator, we both would have ended up in the wall. That's not the way anyone wants to finish a race.

"He would have been to blame, in that sense, I saved him 10 times from the wall. I'm just very upset about what he did.

"I tried the outside, then the inside - and every time he drove over and touched me.

"I had to go off the gas about 10 times, because otherwise I would have hit the wall. It was a terrible race." 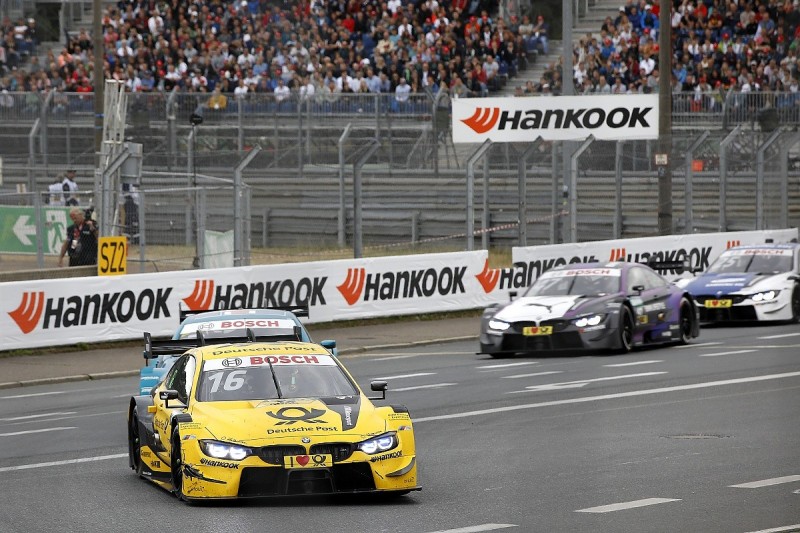 It was the third time the pair had clashed during the 2018 season, as they had a thrilling duel for victory at Hockenheim and Glock hit Paffett at the Hungaroring when the Mercedes was going slowly on wet tyres.

"I was so excited about the great race at Hockenheim and the duel with him there," added Paffett.

"I don't think he can be proud of [the Norisring race]. I don't want to complain too much, because I want people to make up their own minds.

"From my point of view, it's pretty clear what he's done. If he thinks that's acceptable, I think he's a different racer."

Paffett admitted an incident where he touched the back of Glock's car was his own fault.

"I didn't mean to," he said. "It was a mistake. My wheels locked while I was braking and I slipped into it. That's it, a racing accident."

Glock suggested Paffett was just frustrated that his race had unravelled after he started second.

"Of course he's frustrated. I saw that when he was driving next to my car on the last lap," said Glock.

"It's perfectly normal that when you know you could have scored big points, you're frustrated. But I also drive my race.

"I'm very open and I like to sit down with him. I also like to admit my mistakes when I've made them. But in the present situation, I can't say [I have]. I have to look at it again first."

Asked if he would discuss the incidents with Glock, Paffett replied: "No, I have no interest in that. My position is clear. The way he drove, I don't care what he has to say."