BMW has moved Spengler from the DTM to the IMSA WeatherTech SportsCar Championship, where he has been paired alongside Connor de Phillippi in a Team RLL-run M8 GTE in 2020.

The news about his switch to IMSA was communicated in December, more than two months after the conclusion of the DTM season, which meant that Spengler wasn't aware that the 2019 Hockenheim finale was going to be his last appearance in the series.

The Canadian driver said he has discussed the idea of hosting a farewell event with BMW motorsport boss Jens Marquardt to mark the end of a 15-year career in the DTM, which included winning the 2012 title in his first year with the Bavarian brand.

"We don't want to reveal too much yet, but something will come. We've talked about it, and if we do something, it will be nice."

Asked if that meant attending a DTM race this year, Spengler said: "I don't know yet because the calendars have changed a bit. I definitely want to see the DTM fans.

"I will definitely miss the DTM fans very much. But I'm not out of this world and I'll certainly see the DTM fans again as soon as the opportunity arises. That's for sure." 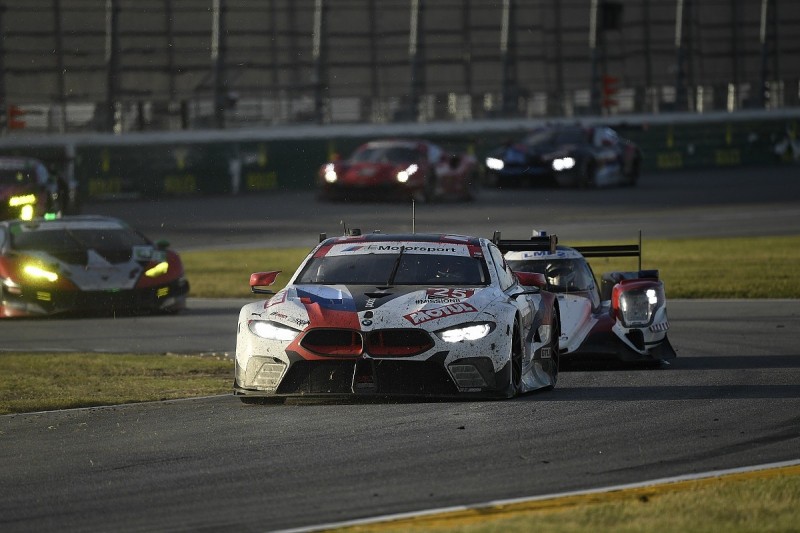 Spengler made his IMSA debut at the Rolex 24 at Daytona in January, where he and de Phillippi were joined by DTM driver Philipp Eng and IndyCar race winner Colton Herta.

Spengler said he remains "disappointed" with BMW's decision to drop him from its DTM driver line-up, but added that he is now fully focussed on his maiden campaign in IMSA.

"At that moment, as I said then, I was surprised and a little disappointed," he said.

"That's all behind me now already for a while. And after that time I took up my new challenge and was very happy about it.

"I went to America, did a few tests with the team I know from my second place in Daytona and Sebring.

"I felt very welcome. The GT car is a bit of a change for me, but not completely different because I did some tests with it."

"[DTM] was never boring. It was annoying at times and really cool at other times. You can't always have a winning car because the series is so difficult.

"You've got to swallow these years and keep going - and try to learn something from it as a driver and as a team before the car is stronger again."