Liam Lawson resisted race-long pressure from BMW’s Marco Wittmann to secure a double win at the Red Bull Ring and close the gap to Kelvin van der Linde in the championship standings.

AF Corse Ferrari driver Lawson got the jump on polesitter Wittmann in the pits and was then able to withstand the advances of the two-time champion to bag his third victory of the season - all while being handicapped by 25kg of ballast.

At the start of the race, Wittmann made a clean getaway from pole position in the sole Walkenhorst BMW, with Lawson slotting into second place ahead of the Rowe Racing BMW of Sheldon van der Linde.

After building a lead of one second over Lawson, Wittmann pitted at the first opportunity on lap five, with several other drivers following him to minimise the risk from any safety car appearances.

Lawson himself peeled into the pits a lap later and returned on track well clear of Wittmann, gaining a total of 2.5s over his rival during his in-lap and the pitstop itself.

From there on, Lawson and Wittmann engaged in a close duel that continued until the final lap of the race, with the gap between the duo fluctuating between just three tenths to 1.5 seconds.

By lap 18, Wittmann was within striking distance of Lawson having successfully eaten into his advance, but the Kiwi managed to respond to the BMW driver’s pace to pull the gap back to one second.

Wittmann’s next opportunity arrived on lap 27 when they had closed in on the yet-to-stop Audi of Nico Muller, but while Lawson was able to clear the Swiss driver into Turn 3, Wittmann himself had to wait until the start of the next tour to make a move. 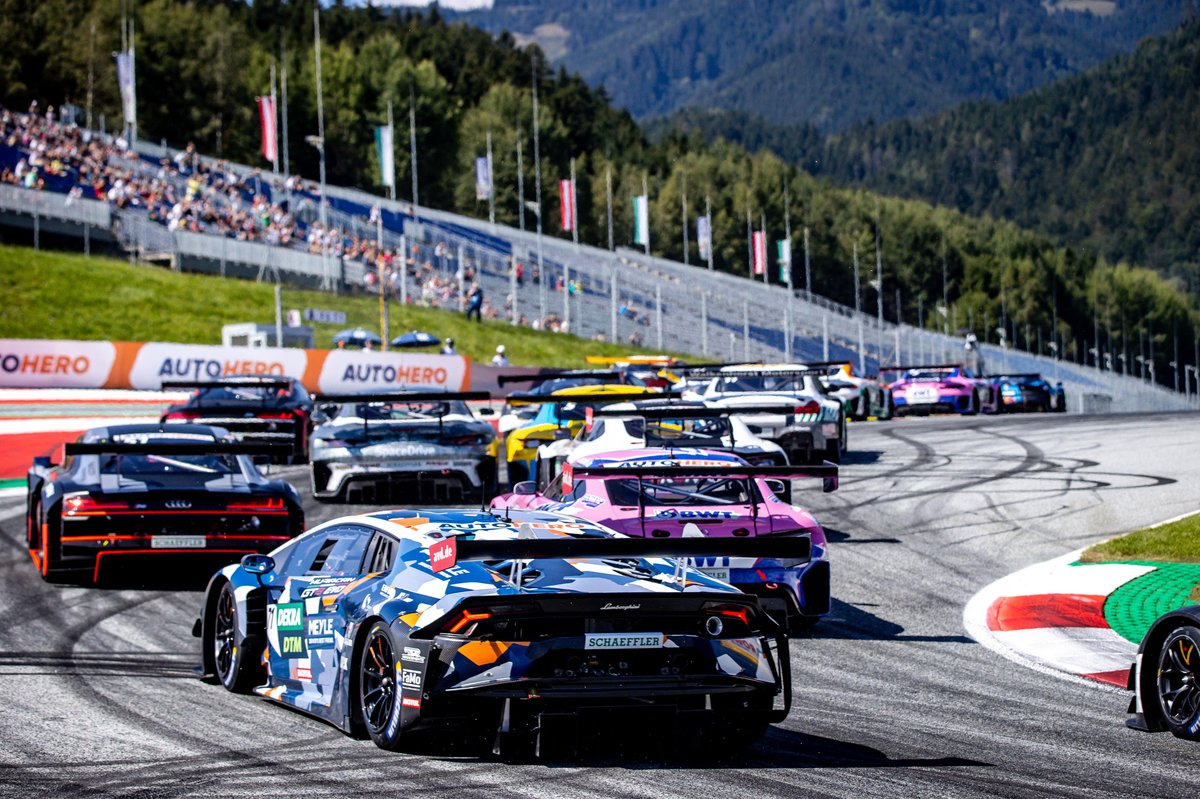 The two-time DTM champion mounted a final attack in the dying stages of the race and got a better exit from the final corner, but Lawson managed to hold on to victory by just 0.215s in a drag race to the finish line.

HRT Mercedes driver Maximilian Gotz was unable to challenge Lawson and Wittmann for the win as he finished 15s behind the duo in third, but a fifth podium finish in eight races keeps him firmly in the title hunt.

Abt Sportsline driver van der Linde was unable to make much progress from the lower regions of the top 10 on a track that highlights the weak points of the Audi, but penalties for Mercedes drivers Vincent Abril and Daniel Juncadella promoted him to a respectable sixth position.

The South African was once again the only driver from the Ingolstadt-based marque to finish in the points, with the next highest runner Nico Muller finishing 14th for Team Rosberg after making a late pitstop on lap 31 of 38.

Abril and Juncadella were involved in a battle with Auer for fifth position, but time penalties for exceeding track limits dropped them down to eighth and 12th respectively - denying Mercedes a rare feat of all its seven cars finishing in the points.

With Abril and Juncadella penalised, Arjun Maini moved up to seventh in the GetSpeed AMG GT3, while Maximilian Buhk was classified ninth in the Mucke entry.

Alex Albon was battling with Glock for a place inside the top 10 when he suffered a front-left puncture on his out-lap, forcing him to make an unscheduled visit to the pits. That dropped him firmly to the rear of the field as he finished down in 17th.

Sheldon van der Linde also suffered a puncture early on in the race, which prompted Rowe to voluntarily retire his car.