The R-Motorsport Aston Martin squad has ruled out seeking concessions during the 2019 DTM season, despite Audi and BMW being open to giving its rival certain breaks to catch up

R-Motorsport has made steps forward with its reliability and has brought continual upgrades as permitted in the regulations, but has maintained a significant engine performance deficit on the Audi RS5 and the BMW M4 DTM cars.

Homologation rules mean that R-Motorsport cannot make wide-sweeping changes to its engine - built in partnership with HWA, who steered the Mercedes DTM project - and DTM boss Gerhard Berger said before Assen that concessions were not being discussed.

Kamelger had previously suggested that concessions were one of several options, but asked by Autosport if R-Motorsport would push for them, he said: "No. As I said at the Norisring, there are different versions at the table you could address, concessions as you said, [but] we are where we are."

Kamelger added that R-Motorsport's test at Vallelunga had been useful but that homologation meant there were limited gains.

"Yeah, we took a couple of positive things in terms of set-up, problems to approach or could approach in the test," he said.

"The outcome after package homologation is minor because you can't open up the homologation [process] again, but you need these tests and it's important."

Both Audi and BMW had made it clear that they were open to certain concessions for R-Motorsport because both manufacturers wanted a three-way fight in the DTM. 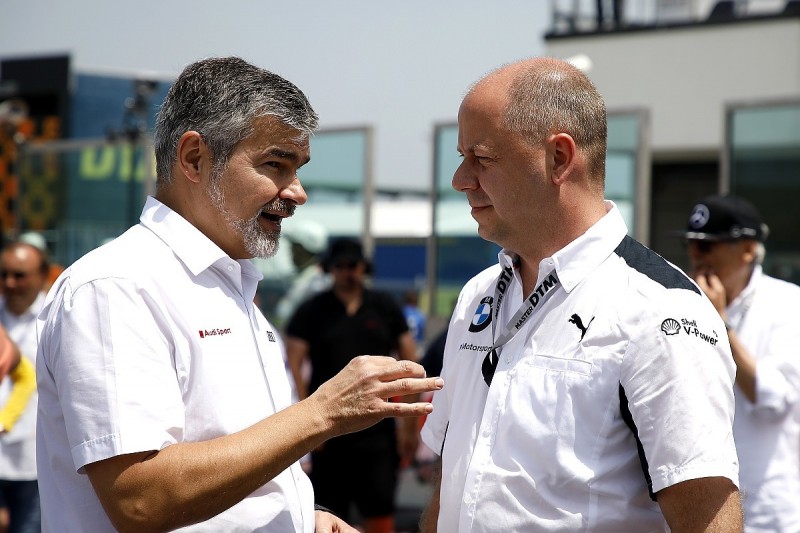 Audi motorsport boss Dieter Gass told Autosport: "It's a question of what a concession would be, we want to see them perform better and if its a matter of more testing or test days or things like that, I think we can talk about it."

The general manager of BMW Motorsport vehicle development, Rudolf Dittrich, added: "It depends on what we're talking about.

"If there is a request or a proposal, we will professionally work with them and come to a conclusion and move forward.

"They had a difficult time in getting the car ready for the season, we appreciate that and we want the field to be equal and we want to have real sporting competition.

"As I said, if someone comes up with the proposal we will discuss it."

Kamelger confirmed that R-Motorsport remained in constant communication with the ITR - the organisers of the DTM - as well as Audi and BMW.

Berger told Autosport at Assen that he was unwilling to give concessions in areas such as engine development.

"Testing is not a problem at all as having another regulation for them cannot work, because then it's not a championship anymore and you are into the Balance of Performance world, customer [racing].

"I would also be surprised if a company like HWA would need extra help because they have a big history and experience, and that's why they were chosen by Aston Martin.

"I believe they will take that step forward."