The 2015 Blancpain GT Sprint Series champion Vincent Abril led a 1-2-3-4 for Mercedes in qualifying for the DTM's first race under its new GT3 rule set at Monza.

The lap times were significantly quicker than practice on Friday, with HRT Mercedes driver Maximilian Gotz going half a second quicker than Philip Ellis’ FP2 benchmark with a 1m47.158s on his first flyer.

Abt Sportsline’s Kelvin van der Linde was the first driver to break the 1m47s barrier with a 1m47.002s, before Winward Mercedes’ Lucas Auer moved the goalposts further with a 1m46.590s.

Abril then found even more time in the second HRT AMG GT3, ending the first run on top with a time of 1m46.488s.

More improvements were expected when the field returned to the track in the final five minutes, but only DTM returnee Daniel Juncadella was able to bother the frontrunners, going second with a 1m45.560s.

That put Abril on pole position for the DTM’s first race under GT3 regulations, the Frenchman remaining unchallenged despite opting to pit before completing a timed lap on his second run.

Juncadella ended up 0.072s behind in second, with Auer another 0.030s adrift in third in the Winward Mercedes.

Testing pacesetter Gotz made it a Mercedes top four clean sweep, as Esteban Muth moved up to fifth with a last-gasp effort of 41m46.863s in the T3 Lamborghini. 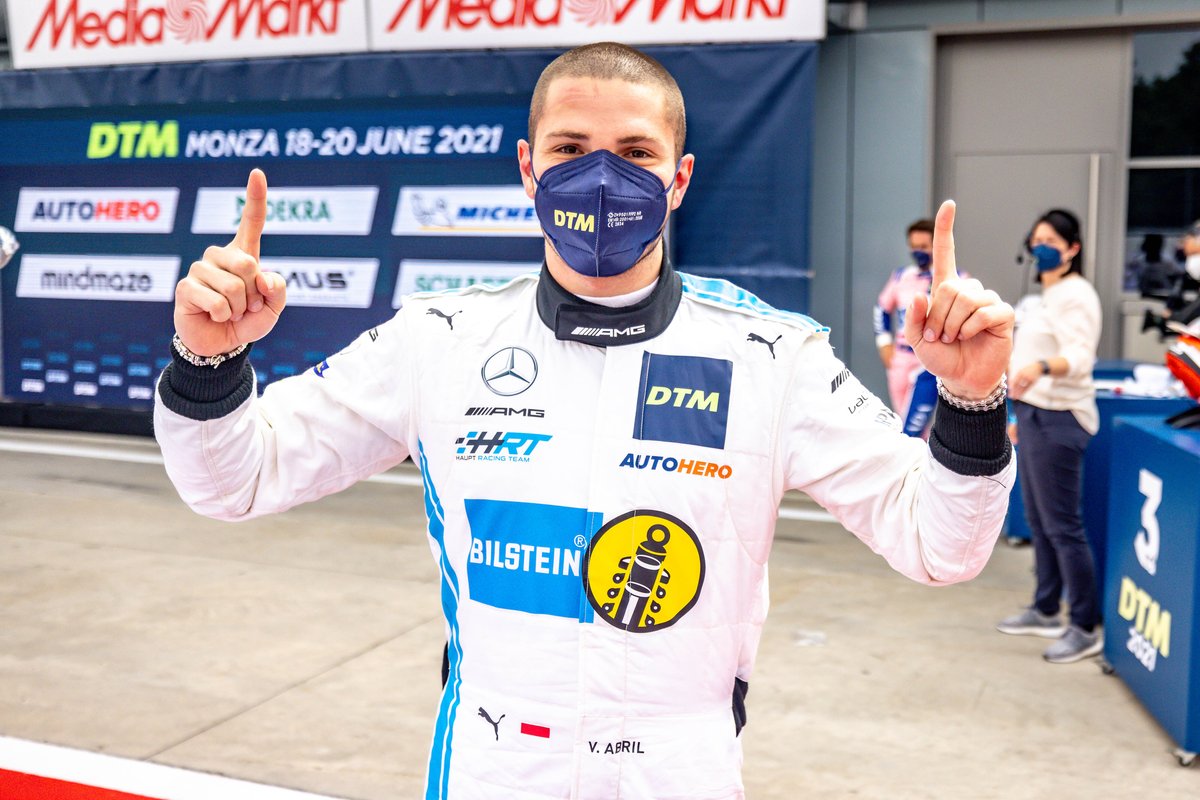 Ellis was classified sixth in the Winward Mercedes, with Red Bull protege Liam Lawson qualifying seventh with a time of 1m46.900s in the AF Corse-run Ferrari.

Last year’s DTM runner up Nico Muller was the top Audi qualifier in eighth in the Team Rosberg-run R8 LMS, with van der Linde finishing just 0.065s behind in ninth.

Red Bull Formula 1 reserve Alex Albon qualified a disappointing 14th in the second of the AF Corse Ferraris, ending up nine tenths off the top spot.

PLUS: Why Albon has his work cut out in the new-look DTM