Paul di Resta and Gary Paffett head the standings for Mercedes, as it bids to exit the series by winning all three championships on offer, adding the drivers' title to the teams' and manufacturers' crowns it has already secured.

Fritz accepts the drivers' title is the most important of the three, but di Resta and Paffett face a threat from a resurgent Rene Rast, who has kept his chances of retaining the championship alive with four-straight victories over the last two weekends.

Rast was 99 points off the championship lead and ninth in the standings five races ago, but he heads to the decisive Hockenheim double-header just 30 behind di Resta, who leads Paffett by four.

"The most important trophy in the DTM is the drivers' title - unfortunately we lost ground in the battle for this one," said Fritz.

"It was partly due to the fact that Audi have been getting stronger, but also to some extent because of our own performance.

"I would also expressly warn everyone against talking the team's prospects down or getting into any sort of negative spiral.

"In Paul and Gary, we have two Mercedes drivers occupying the first two positions in the table.

"We'll be going to Hockenheim leading on points, and you cannot do that in the DTM if there is something not working in the team.

"[At Hockenheim] we will once again be looking to our strengths and shaking off negative vibes."

Audi faced criticism for using team orders to net Rast both victories last weekend at Red Bull Ring, but Fritz accepted that is part of the title race when the season reaches crunch time. 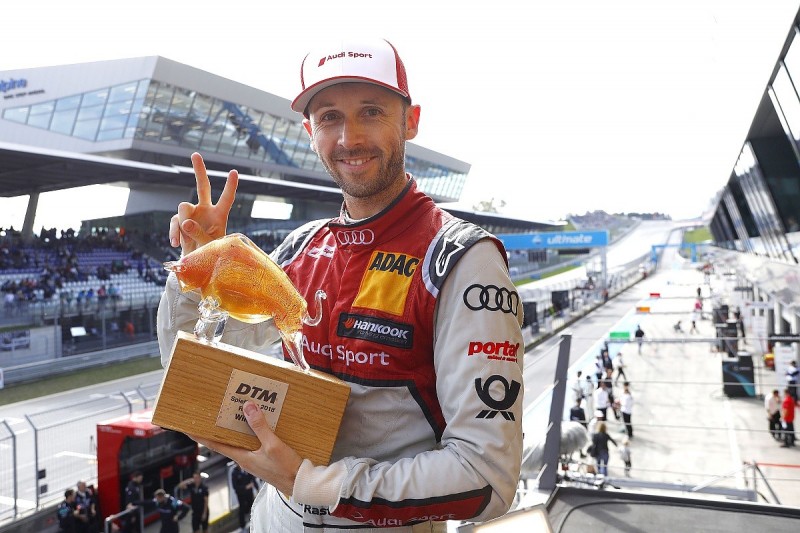 "I can understand that the fans weren't enthusiastic. Nor were we," he said. "On the other hand, tactics of this kind are also part and parcel of the DTM.

"We gave similar support to Pascal [Wehrlein] in his 2015 title bid. "It's important to be open about it. We did that in 2015, and Audi did the same this weekend. DTM is a team sport like any other."

Rast said even recovering to third in the standings was an achievement he and Audi could be proud of.

"P3 is already fixed, we could hardly have said that at the middle of the year - we have fulfilled the target, so to speak," he said.

"There are two opponents, both of them need a bad weekend. At Hockenheim it takes one chaotic race, then we're back in the game.

"Then we have to hope for the race gods to play a bit in the cards, then anything is possible."