Maximilian Gotz made it two wins for Mercedes in the second round of the 2021 DTM season at the Lausitzring after Audi driver Kelvin van der Linde dropped out of the lead with technical problems.

Abt Sportsline’s van der Linde was on course to become the first repeat winner of the year having taken over the lead during the mandatory round of pitstops. But a sudden stoppage cost him the lead, promoting HRT Mercedes of Gotz to the top spot.

At the start of the race, front- row starter Liam Lawson boldly hung around the outside of polesitter Philip Ellis into the first braking zone at Turn 2, gaining the inside line - and the lead - into the following right-hander.

The Red Bull driver controlled the proceedings from there on until the pitstop cycle in the AF Corse Ferrari, as van der Linde first cleared Gotz - who ran wide over the gravel at Turn 6 - and then passed Ellis to move up to second.

Van der Linde was the first of the duo to stop for fresh tyres on lap 6, with Lawson following him into the pitlane two laps later.

While Lawson’s pitstop itself was rapid, he was slow to roll out of his pitbox, losing crucial time to his rivals. That meant when he exited the pitlane he came out behind the Audi of van der Linde, with Gotz also taking advantage of his cold tyres to move up to a net second.

With just 12 minutes to run, van der Linde’s car mysteriously shut down on the start/finish straight while in the lead of the race, forcing him to hurriedly perform a full restart.

The South African was able to kickstart the engine before his car came to a halt, but he dropped to third behind Gotz and Lawson in the process. 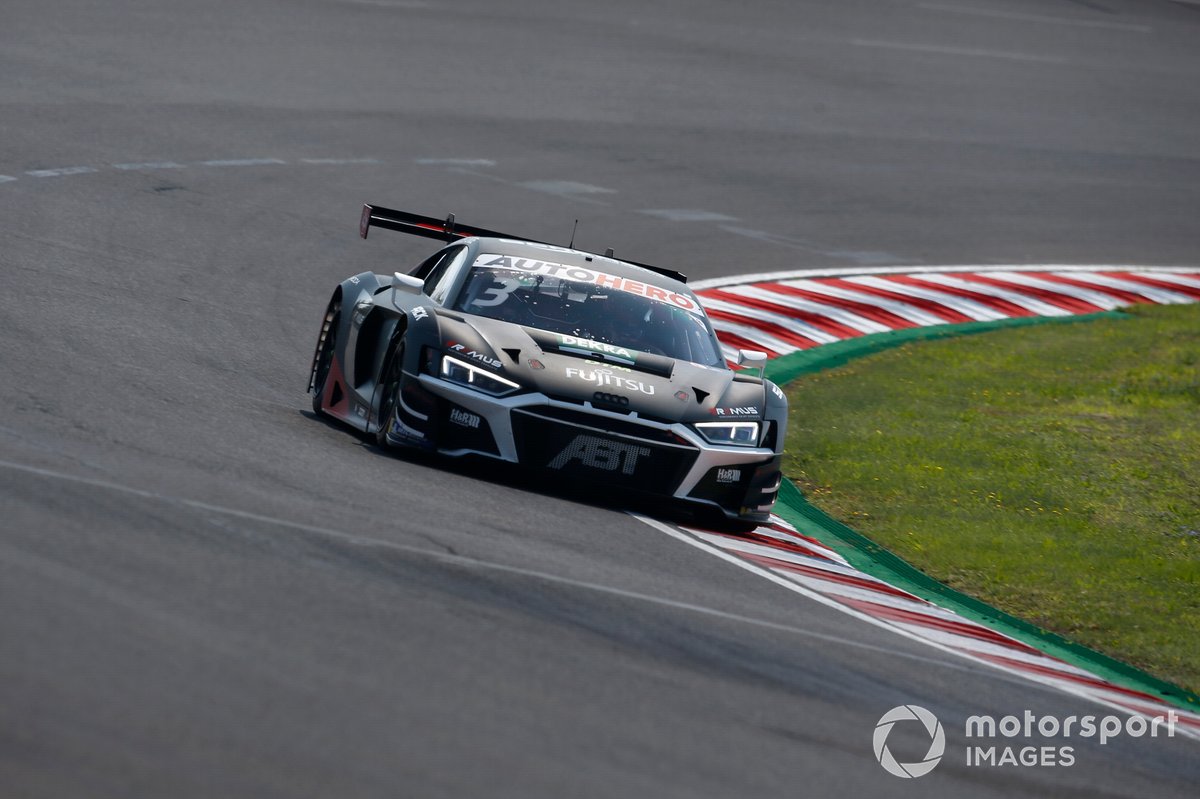 Van der Linde tried hard to recover lost ground, indulging in a close battle with Lawson, but ultimately had to settle for third position, as GT3 ace Gotz clinched his first victory in the DTM ahead of Lawson.

Ellis, handicapped by 25kg of success ballast following his Saturday win, was able to fend off the charging Rowe Racing BMW of Sheldon van der Linde to finish fourth, with Marco Wittmann sixth in the sole Walkenhorst BMW.

A late pitstop propelled Nico Muller from 15th on the grid to 10th at the flag after the Team Rosberg Audi driver cleared the AF Corse-run Ferrari of Red Bull Formula 1 reserve Alex Albon into Turn 6 with three laps left to run in the race.