Mercedes driver Philip Ellis continued his fine form to take pole position for the second DTM race at the Lausitzring, outqualifying the Red Bull-backed Ferrari of Liam Lawson by nearly four tenths of a second.

Having already claimed Mercedes’ first victory in the DTM since 2018 on Saturday, the Swiss driver also clinched the German marque's maiden pole in the series’ GT3 era with an impressive 1m30.292 effort in Sunday’s 20-minute qualifying.

The session took a while to come to life, with six of the 19 drivers opting to sit in the garage for the first 10 minutes, and Daniel Juncadella’s early 1m31.505s benchmark a second slower than the time with which Sheldon van der Linde took pole on Saturday.

But it all kicked off in the final five minutes, with Vincent Abril the first to break the 1m31s barrier with a 1m30.923s in the HRT Mercedes.

Fellow Mercedes drivers Arjun Maini (GetSpeed) and Lucas Auer (Winward) both took turns at the top of the charts before Ellis posted the fastest time of the weekend, comfortably scoring his first pole position in the series.

With Abril having been excluded from the season opener at Monza due to a fuel infringement, this marked Mercedes' first pole in the DTM since Auer topped the first qualifying at Hockenheim on Mercedes' farewell appearance as a factory team in 2018.

Lawson was the closest driver to Ellis, posting a time of 1m30.686s at the death of the session to secure his second front row start in four attempts. 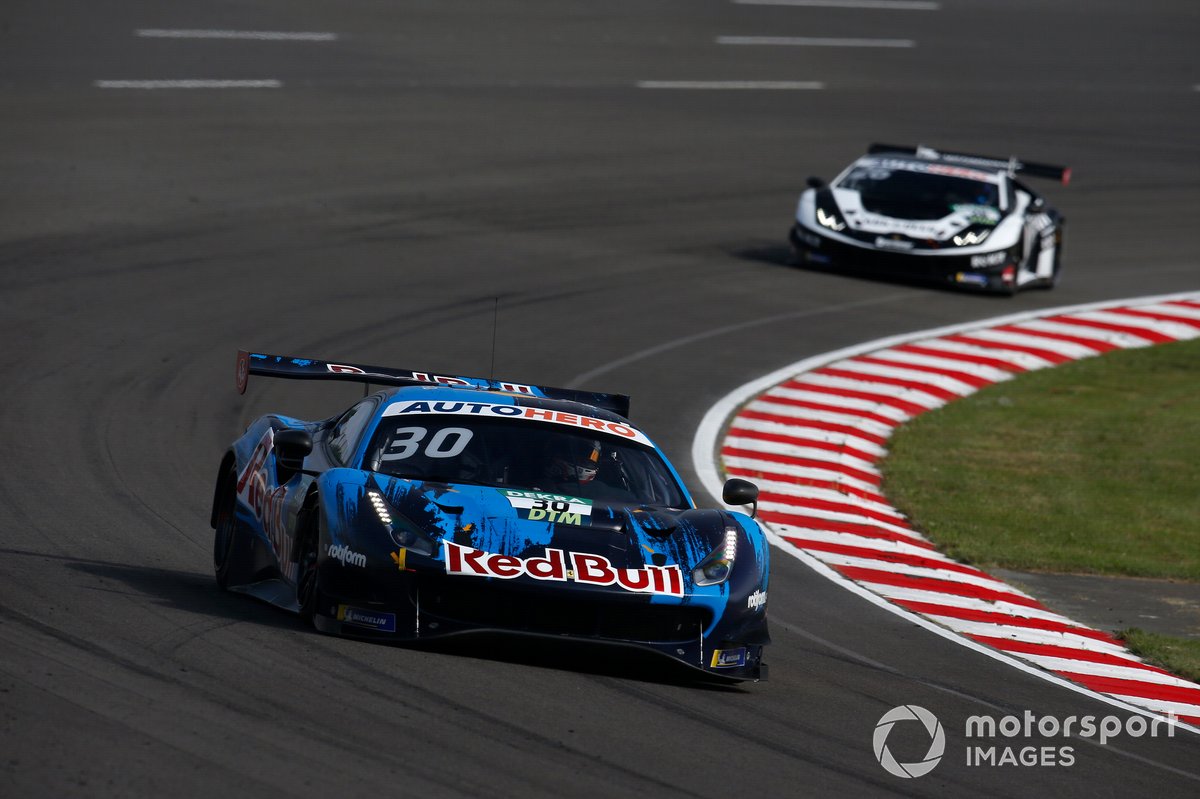 Both Ellis and Lawson will carry heavy success ballast on their cars in the race as a consequence of finishing first and second respectively in Saturday’s opening encounter.

Behind the leading duo, Maximilian Gotz qualified third in the HRT Mercedes with a best time of 1m30.695s, leading the top Audi of Abt Sportsline driver Kelvin van der Linde.

Timo Glock was BMW’s top runner in the Rowe Racing M6, ending up 0.471s off the pace in fifth place.

Auer ultimately had to settle for sixth ahead of Saturday pole sitter and Glock’s teammate Sheldon van der Linde, with Juncadella just 0.003s adrift in the GruppeM Mercedes.

However, the Spanish driver is under investigation for impeding another driver in qualifying.

Maini made it five Mercedes cars in the top 10, beating Mike Rockenfeller’s Abt Sportsline to ninth with a 1m30.888s set on his sole flying lap.

Nico Muller’s nightmare weekend continued as he could qualify only 15th-fastest, behind the second AF Corse-run Ferrari of Alex Albon and the Walkenhorst BMW of two-time champion Marco Wittmann.

Sophia Floersch was unable to set a timed lap in the third Abt-run Audi due to technical problems and will start the race from the back of the grid.